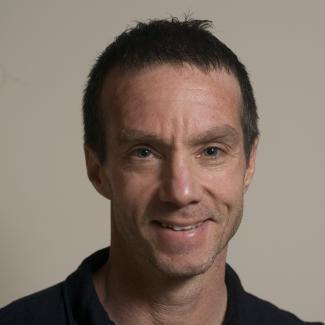 Professor of the Graduate School

Steven Weber works at the intersection of technology markets, intellectual property regimes, and international politics. His research, teaching, and advisory work focus on the political economy of knowledge intensive industries, with special attention to health care, information technology, software, and global political economy issues relating to competitiveness. He is also a frequent contributor to scholarly and public debates on international politics and US foreign policy. One of the world’s most expert practitioners of scenario planning, Weber has worked with over a hundred companies and government organizations to develop this discipline as a strategy planning tool.

Steve went to medical school at Stanford then did his Ph.D. in the political science department also at Stanford. He served as special consultant to the president of the European Bank for Reconstruction and Development and has held academic fellowships with the Council on Foreign Relations and the Center for Advanced Study in the Behavioral Sciences, and was Director of the Institute of International Studies at UC Berkeley from 2003 to 2009.

His books include The Success of Open Source and most recently The End of Arrogance: America in the Global Competition of Ideas (with Bruce Jentleson) and Deviant Globalization: Black Market Economy in the 21st Century (with Jesse Goldhammer and Nils Gilman). Forthcoming is Bloc by Bloc: How to Organize a Global Enterprise for the New Regional Order (2019) which explains how economic geography is evolving around machine learning, and the consequences for multinational organizations in the post financial crisis world

Steve is the faculty director for the Berkeley Center for Long Term Cybersecurity (CLTC).

What brought you to the I School?
I came to the I School because of my substantive interests in political economy of information-intensive production, but also because I am learning to build prototypes and experiments as a way to evaluate and test theory in this fast-evolving space. As the data 'revolution' evolves, I've become increasingly interested in how decision-makers, particularly inside complex organizations, will (and should) use data products to inform strategic decision making. And as machine learning jumps to the forefront of global economic growth and development, I'm fascinated by how this new wave of technology is reshaping the terms of competition between national economies.

What information issues interest you most?
I’ve had a long-standing interest in the open source software community that hasn’t ebbed; but these days, I’m particularly interested in the political-economic models that support the production and delivery of information services and data products — a problem that some people think has been 'solved'.  Not even close! The international dimension is probably the most interesting to me right now, as I believe national economic development theories and policies are starting to take seriously the long term consequences of the shift in value creation to data and machine learning.

You've been on the Berkeley faculty (in the department of political science) since 1989; how have your academic interests evolved during that time?
My theoretical interests haven’t really changed that much.  I’ve always studied large scale systems of non-hierarchical cooperation, and I’ve tended to follow that puzzle into different substantive areas — from international regimes to open source software communities.  I suspect some version of that problem will keep me busy for another couple decades at least.

A Web site you recommend?
Wordle.net. Make your own word clouds, still a very compelling and memorable way to make a point, when used in the right circumstances. And, of course, Giants.com -- the official website of the NY Football Giants.

Something few people know about you?
I’d rather be on my road bike than just about anything else. There is no endorphin high like that which can be achieved in the digital world.

What keeps you up at night?
The ‘other side’ of the acute phase of the 2008–9 financial crisis.  We haven’t really begun to see the full range of political-economic-social fallout from this series of events, and a sense of complacency has snuck back in.  The 2016 and 18 elections barely budged that needle, relative to what I think is coming. The world is going to look very different in 2020 and beyond, but most Americans (including much of the educated elite) still acts as if the crisis was just a blip on the screen and we’re back to 'trend' in most respects, with an occasional burst of concern about inequality, populism, and the like.  I think it's a much bigger discontinuity and that’s going to become evident over time as machine learning shifts the most fundamental determinants of economic and political power on the global landscape.  The School of Information is a great place to locate one's research and teaching right in the middle of that agenda.

And I'm also losing sleep over the NY Giants plan for getting Daniel Jones to make quicker reads in the pocket and reduce turnovers.

Global Economic Geography in the aftermath of the 2009 Financial Crisis

Bloc by Bloc: How to Build a Global Enterprise for the New Regional Order

The new world of data: Four provocations on the Internet of Things

The End of Arrogance: America in the Global Competition of Ideas