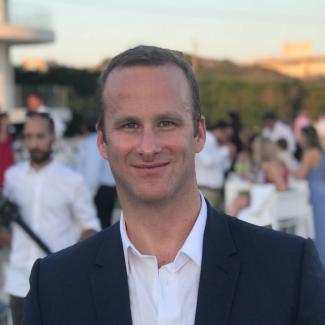 Interested in all aspects of data science, and its applications to financial markets

Pierre has 19 years of experience in the financial markets, founding and managing two world leading hedge funds over the last 11 years: Andurand Capital and BlueGold Capital. Pierre started his career in 2000 as an energy trader for Goldman Sachs in Singapore, and then held senior trading roles at Bank of America and Vitol before starting his hedge fund.

He is also an active early stage VC investor in technology, mainly in the media space, having done 13 investments to date.

Pierre was a member of the Junior French National Swimming team in 1993 and 1994. He holds 4 Masters: an MSc in Mathematical and Theoretical Physics with Merit from University of Oxford, an MSc in Astrophysics with Distinction from Queen Mary University of London, an MSc in International Finance from HEC, Paris, and an Engineering Degree in Computational and Applied Mathematics from INSA, Toulouse, France.

Pierre is interested in the applications of Machine Learning, Data Science and AI to financial markets, neuroscience and astrophysics.