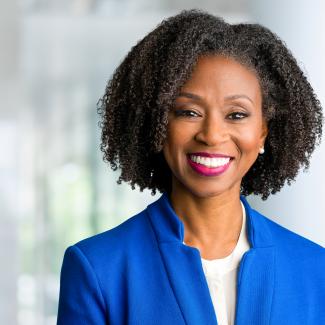 Kemba Eneas Walden is an Assistant General Counsel in Microsoft’s Digital Crimes Unit (DCU) responsible for launching and leading DCU’s Ransomware Program. Kemba also serves as a working group co-chair of the Ransomware Task Force and contributed to its report.  Kemba started her career at Microsoft as Senior Counsel for Cyber and Democracy providing legal counsel to the Defending Democracy Program through the 2020 Presidential Election. Prior to Microsoft, Kemba spent a decade in government service at the Department of Homeland Security. At DHS, Kemba held several attorney roles, specifically as the lead attorney for the DHS representative to the Committee on Foreign Investment in the United States (CFIUS) and then as a cybersecurity attorney for the newly created Cybersecurity and Infrastructure Security Agency (CISA), and its predecessor, which is responsible for cybersecurity, telecommunications, and infrastructure resilience. Kemba negotiated complex data protection, information sharing, risk mitigation, and national security agreements, supported DHS’s cybersecurity and risk management efforts in several critical infrastructure sectors. Upon her departure from DHS, her energy was spent as the primary cybersecurity legal advisor to the Elections Task Force (now known as the Elections Security Initiative).

In addition to her work at Microsoft, Kemba serves as an Adjunct Professor at Georgetown University in the School of Continuing Studies teaching a course entitled “Information Security Laws and Regulatory Policy.”

Kemba graduated from Hampton University in Hampton, Virginia with a B.A. in Political Science, from Princeton University’s School of Public and International Affairs with a Master’s in Public Affairs, and from Georgetown University Law Center.