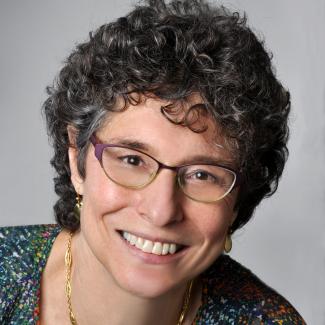 AnnaLee (Anno) Saxenian is a professor in the School of Information at the University of California, Berkeley. Her scholarship focuses on regional economies and the conditions under which people, ideas, and geographies combine and connect into hubs of economic activity. She was Dean of the School of Information from 2004-1019, and upon stepping down she received the Berkeley Citation "for distinguished achievement and notable service to the University." She has served as a member of the Apple Academic Advisory Board, and Chair of the Advisory Committee for the National Science Foundation Division of Social, Behavioral, and Economic Sciences (NSF-SBE).

Something few people know about you?
I have two sons, Robbie, who starting a PhD in Rhetoric at UC Berkeley, and Jamie, who is an avid photographer and fluent in Mandarin. You can check out his photos at http://www.wix.com/abjam77/Jamie-Manley-Photography.

My current research explores the transformation of Silicon Valley from a region that flourished in the 1970s-90s with a decentralized mix of entrepreneurial collaboration and competition, to the post 2004 ecosystem that is dominated by a handful of giant technology platform businesses. I am exploring novel policy approaches that will preserve the region's technological dynamism while addressing the negative consequences of the new business models-- including the concentration of economic and political power, the unauthorized use of personal data, and the rise of misinformation and disinformation along with dangerous speech and political polarization.

Info 210. The Information and Services Economy