Geoffrey Nunberg, a linguist and scholar known for his engaging commentary on language for National Public Radio’s “Fresh Air” talk show, died Aug. 11 in San Francisco after a long illness. He was 75.

Nunberg, who served as an adjunct full professor at the University of California, Berkeley’s School of Information (I School), was particularly interested in linguistic usage and how language changes over time, as well as the use of taboo language, like slurs and racial slurs. He also studied and wrote about the social and cultural implications of new technologies.

His short pieces for NPR, delivered with his trademark sly and playful tone, managed to showcase highbrow issues of language and usage and make them approachable for the casual listener.

He also loved teaching and, according to his younger sister, Barbara Nunberg, thought of the I School as home, because it embraced all of the various facets of his work.

“He was a sparkling intellect who brought humanity and humor to his teaching and scholarship,” said Anno Saxenian, the school’s former dean. “His collegiality and wisdom helped to shape the School of Information for over a decade.”

On slurs and words of the year

After becoming an on-air contributor to NPR in 1987, Nunberg became popular for his commentaries on language. He was perhaps best known for his highly anticipated “Word of the Year” segments, which explored how culture and politics are reflected in everyday language. Some of his recent annual word picks have included “no,” “selfie,” “normal” and “nationalist,” and in December 2019, he announced his very last word of the year: disinformation.

Nunberg was an expert witness for trademark cases and other legal matters involving linguistics. In 2005, he served pro bono as the linguistics expert on behalf of the plaintiffs in the trademark case against the Washington Redskins, documenting for the court that “redskin” is “inevitably associated with contempt, derision, condescension or sentimental paeans to the noble savage.”

Ben Zimmer, language columnist for the Wall Street Journal, said that Nunberg was always ahead of the curve. “He predicted that ‘boomer’ would become a pejorative term 15 years ago,” Zimmer said. When they’d last spoken, in June, Zimmer said Nunberg wanted to “noodle” with him over the language of the coronavirus and Black Lives Matter. “That was a Geoff word, ‘noodle,’” Zimmer said.

Nunberg, who was ill at the time, said he was itching to get back onto “Fresh Air” because he felt he was missing out on all of the fast-moving politics of the day, Zimmer said.

In addition to his NPR commentaries, Nunberg shared his love of language through books and articles. He wrote for numerous publications, including The Atlantic and the Los Angeles Times, and his books include The Way We Talk Now (2001), Going Nucular (2004), Talking Right: How Conservatives Turned Liberalism into a Tax-Raising, Latte-Drinking, Sushi-Eating, Volvo-Driving, New York Times-Reading, Body-Piercing, Hollywood-Loving, Left-Wing Freak Show (2006) and The Years of Talking Dangerously (2009). His most recent book, Ascent of the A-Word: Assholism, the First Sixty Years, was released in 2012.

He also served as emeritus chair of the usage panel of the American Heritage Dictionary and has authored or co-authored many scholarly articles on linguistics and computational linguistics.

Nunberg was “the ultimate polymath,” according to his sister. Born in New York in 1945, he was raised in Manhattan. His mother was a high school teacher, his father a commercial real estate broker. From an early age, he was “mind-blowingly articulate” and read voraciously, said Barbara Nunberg.

“My father used to sit at the dinner table with the dictionary open, quizzing my brother,” Nunberg said. “My father, as an immigrant, had an intense interest in speaking correctly.” And this, “no doubt, had an impact on Geoff,” she said.

He received his Ph.D. from City University of New York in 1978 and went on to teach at UCLA, University of Rome and University of Naples. He spoke flawless Italian, as well as French, German and Spanish. Until 2001, he was a principal scientist at Xerox Palo Alto Research Center, working on the development of linguistic technologies and inventing a program called “Trollope” — named for Anthony Trollope, one of his favorite authors — that was a precursor to today’s autocorrect function.

Nunberg’s daughter, Sophie Nunberg, recalled her father’s witty sense of humor and the lighthearted jokes she shared with him.

“My father convinced me for longer than I’d like to admit that Russian was just adding -ski as a suffix to every word, and he also ferociously defended my right to use ‘like,’” Sophie Nunberg said. “A couple of months ago, when he was laid up in bed, I asked him if he was finally going to read Moby Dick, now that he had the time. It has been a long-standing joke of ours that it was one of the few great novels he never read and refused to. He looked at me and said, ‘Moby Dick? The whale gets it.’”

The I School as home

He also gave the school’s 2019 commencement address. Professor Deirdre Mulligan said the speech was “such a clear expression of his creativity, wit and generosity. He made the complex ways in which everyday speech conceals ideology and preconceptions accessible to the audience. … It’s all there for us to see and marvel at. I literally hung on Geoff’s every word, because every word mattered, not just counted.”

Nunberg is survived by his wife, Kathleen Miller; daughter, Sophie Nunberg; and sister, Barbara Nunberg. The family plans a private remembrance, and the I School will hold a memorial in celebration of Nunberg’s life at a later date.

We invite you to share your personal memories of and tributes to Geoff Nunberg.

Adjunct professor Geoffrey Nunberg passed away on August 11, 2020. We invite you to share your memories and tributes.

Geoffrey Nunberg to I School Graduates: “We’re Rather Eclectic”

“I want to share with you my take about what makes this place exceptional, and how that makes you exceptional.” 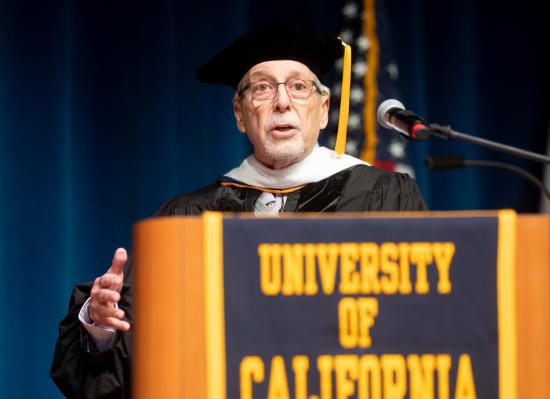 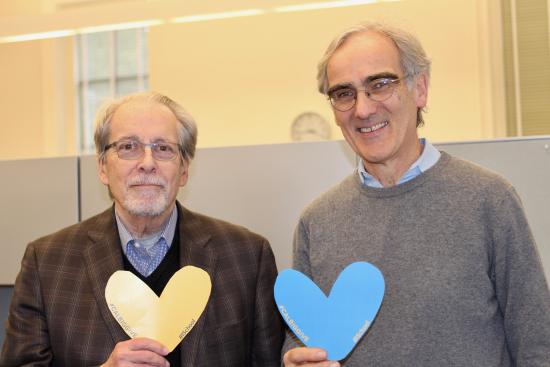 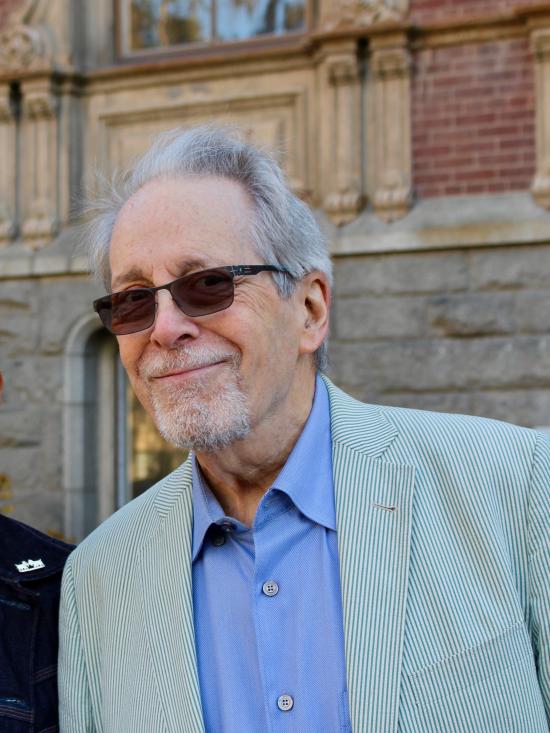 Geoff Nunberg at an I School event in 2019. (UC Berkeley photo by Caitlin Appert-Nguyen)