Geoff was a dear colleague, teacher, mentor, and friend — brilliant, generous, thoughtful, witty, and kind. He will be deeply missed.

We invite you to share your memories of and tributes to Geoff Nunberg.

Joe Spieler
I was Geoff's literary agent. Our phone calls were less about book contracts and publishing houses, and more about language--its joys and deceits. To me he was, before anything else, a good friend, a willing teacher, amd a willing ear for my little rages about this and that. Example: I insisted on saying: "...eat your cake and have it too.." That's the correct way to say it, I'd insist, I mean anyone can "have their cake and [then] eat it, right? And Geoff would take a breath--I could hear it--and say, "Joe, language evolves, it changes..." I'd drop it, but then months later would return to it. Geoff was never more than gentle, kind, full of wit and humor. He was that seemingly rare thing, a brilliant, accomplished, improperly modest mensch.
May 5, 2022
Lucy Suchman
I had the great pleasure of being Geoff's colleague at Xerox PARC in the 1990s, and will always feel the warmth of his extraordinary wit and intellect. With regrets that I can't be with you today for the celebration I offer a treasure from that time, the following sonnet (retrieved by Julian Orr from his email archive), written by Geoff to mark the presence of anthropologists in that place:

The ethnographer departs for the field

As MALINOWSKI steered his prow,
Lagoonward, in the evening gloss,
Do you suppose he knit his brow,
Uneasy over MS-DOS?

Did EVANS-P., in Darkest A.,
Sunk to his hips in fetid silt,
In base unmanly panic say,
"Oh dear, I fear my disks will wilt”?

In northern forests, dark and brutal,
When did BOAS have to ask,
What the word, in Kwakiutl,
Was, denoting "multi-task”?

Envoi:
Princess! Take this for your moral:
Cultivate your garden (coral)!
May 5, 2022
Robert Asahina
In 1977, Geoff and I went to the premiere of Star Wars at Lowe’s Astor Plaza (long since demolished) on Broadway and 44th Street. It’s hard to imagine now, but that movie was not yet the pop culture phenomenon it would quickly become. In fact, it was opening at only one other theater in Manhattan, because science fiction in the ’70s was about as tired a genre as the Western.

When we walked out onto Times Square after the movie, Geoff turned to me and said, “Well, that was better than Logan’s Run.” Maybe you would have had to have seen (now there’s a construction Geoff would have loved) Logan’s Run — which we had, at the same theater, a year earlier — to appreciate the comparison. But I will always remember it as a perfect Nunbergism: witty, skeptical, pointed, and allusive.

Over the course of a friendship spanning nearly a half-century, I often wished Geoff’s throwaway remarks — on language, literature, painting, academic politics, film, food, American and European culture — could have been gathered in a big, fat volume of aphorisms. I’m grateful his ideas live on in his books, but those of us who spent hours talking with him know his published works captured only a snapshot of his lively mind, every brimming with insight.

I’ll miss Geoff in many ways, but never to hear his voice again — expounding the delights of a tongue sandwich or the limitations of Searle’s critique of Chomsky or the pleasures of Zuleika Dobson — is truly to know what it means to grieve in silence.

May 1, 2022
Daniel Brownstein
While this comes very late, Geoff's voice was not only a consolation on the radio, but a bit of a lodestone from when he was a colleague with my mother, Rachel Brownstein, to when I arrived in Berkeley, to when we saw one another in Rome. I had the pleasure of boxing Geoff's books and records for his cross-country move, and a range of discarded records from his vinyl collection, brunching with him and his new family when arriving in the west coast, and offering a guest lecture in his and Paul Duguid's History of Information class on maps--all the way benefitting from brilliant repartee from carpooling in the Upper West Side, Geoff adopting the guise of a Parisian cabbie, gaining perhaps wasted advice he dispensed on my career, to quick remarks on improving my lecturing style, dispensed by a pro. Watching Geoff in action--onstage, over brunch, at a bar--was watching an agile mind and wit in action and will be sorely missed. Would that this photograph be worth a thousand of his nimble words.
September 19, 2021
Kesava Mallela
I emigrated to America in 2004 and one of the very first things that I found absolutely mesmerizing was Geoff’s segment on Fresh Air on NPR. Ever since, I have tried to not miss his astute observations on our world through his unique linguistic lens. He has provided so many thoroughly enriching moments on public radio. His lectures and classes at iSchool were no less intellectually stimulating either. He was so approachable in spite of his extreme erudition. The world is a lesser place without him. :(
August 26, 2020
Jean Ann
I did not know Geoff personally but over the years I can't tell you how many colleagues of mine in the School of Education at SUNY Oswego have told me that they were kind of getting the idea about me being a "linguist" because they heard a really interesting guy on NPR talking about the kinds of stuff that I talk about...and now they get how cool linguistics is.

I am so very sorry that Geoff will not be able to work more of his magic- delighting audiences with the fascinating stuff that he did, but I'm so thankful for his work that has done so much for our field.

Thank you Geoff! And to his family...you will be in my thoughts. This is such a big loss.
August 25, 2020
Bernt Wahl
You taught us well.
August 19, 2020
Russel Durst
My condolences to Geoff's family as we celebrate his brilliant life and career. Let's not forget his work as a professor. He taught me in two grad seminars and served on my dissertation committee at Stanford in the early 80's. As a professor, he had the rare ability to explain complex ideas not just clearly and intelligently but entertainingly. He told us he had a story about every word in the American Heritage Dictionary he helped construct, and he told us plenty of great ones. Hence, it was no surprise that he became the language commentator on Fresh Air, and that he was so good at it. I recently re-read his wonderful essay, "The Decline of Grammar," characteristically informative, insightful, and dazzlingly droll, for some work I'm doing on the teaching of English grammar in the 19th Century.

While at Stanford, Geoff was part of a Linguistics Dept. blues band, the Dead Tongues, that included Ivan Sag and others. Sadly, I never heard them play, but just walking down the hall they looked, as much as professors could, like rock stars on tour, scruffy, confident, hard living men.

It was a pleasure to study with Geoff, and I'm glad I had that opportunity.

August 13, 2020
Jenna Burrell
I am truly, truly heartbroken to learn that Geoff has died. He was so kind, always truly interested in my research, and that voice! It was a thrill whenever I would hear his witty, thoughtful pieces on Fresh Air and a source of pride for the ISchool. It was even nicer to see him in the halls of our building. He always stopped to exchange a few words and check in with me.

A couple of years ago I ran into him while on vacation in Hawaii. He generously invited my whole family (including my daughter Miya who was then a squirmy baby and my son Kenzo who was 5 to join him and his wife for a drink. He was such a gentleman in every sense of the word.
August 13, 2020
Ben Zimmer
Geoff's generosity of spirit touched many, and he was a wonderful friend and mentor to me. Geoff was an important figure in my life starting in 2005 when I decided to move away from academia and tried to write about language for a more general audience. When I joined as a contributor to Language Log, where he was already active, he was very welcoming and encouraging. I look back on my early involvement in Language Log as a kind of post-academic halfway house, where I learned to write accessibly about linguistic matters and developed an ability to respond rapidly to language issues in the news -- Geoff was always a model in that regard, a paragon of public intellectualism.

I remember first meeting him face-to-face at the Linguistic Society of America annual conference in 2006, and he made me feel like we were already lifelong friends. He gave me valuable advice about navigating the landscape of public language commentary, advice that became crucial to me as I began writing regularly for various media outlets (becoming a columnist for the New York Times, the Boston Globe, and now for the Wall Street Journal). We'd meet up after that at LSA meetings or whenever he came through New York, and no matter the topic, he always had brilliant, witty, and well-formed insights. And he was always encouraging me to tackle meaty issues on language and politics -- something I do now as a regular contributor to The Atlantic in pieces that I think of as "Nunbergian."

We were still in touch over the past few months even after treatment for his illness left him grappling with speech and memory problems. The last time I talked to him, he said he just wanted to "noodle." He was trying to figure out if he could continue doing pieces for NPR's Fresh Air, and he wanted to brainstorm about possible topics he could cover. We talked about the language of the pandemic, as well as the language of race since the Black Lives Matter protests were in full swing. It's heartbreaking that he was never able to return to Fresh Air and to language commentary in general, but I'll always remember how incredibly vibrant his mind was all the way to the end.
August 13, 2020 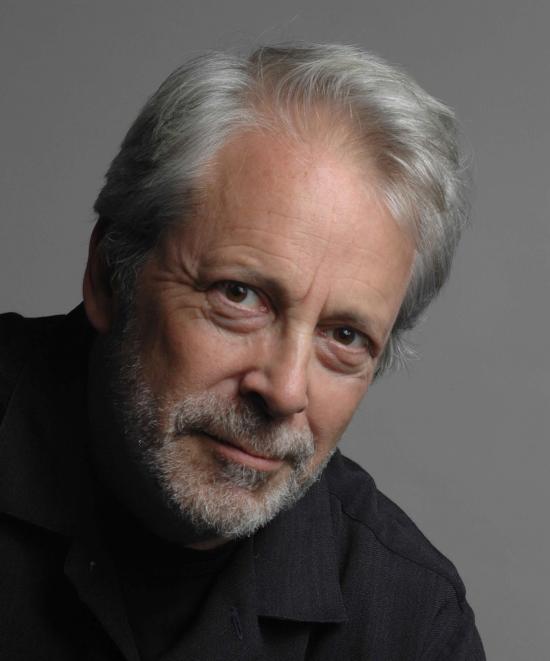