The White House has denied a security clearance to a member of its technology team who previously helped report on documents leaked by Edward Snowden.

Ashkan Soltani, a Pulitzer prize-winning journalist and recent staffer at the Federal Trade Commission, recently began working with the White House on privacy, data ethics and technical outreach. The partnership raised eyebrows when it was announced in December because of Soltani’s previous work with the Washington Post, where he helped analyze and protect a cache of National Security Agency documents leaked by Snowden.

His departure raises questions about the US government’s ability to partner with the broader tech community, where people come from a more diverse background than traditional government staffers.

It also suggests that nearly three years later, the Snowden episode remains a highly charged issue inside the Obama administration. Recently some current and former administration officials said the former NSA contractor sparked a “necessary debate” on surveillance, even if they disagreed with his tactics.

It remains unclear exactly why the White House parted ways with Soltani....

Christopher Soghoian, principal technologist with the American Civil Liberties Union, said he wouldn’t speculate on why Soltani was being denied a job, though he did note that he published many stories that likely irked America’s intelligence officials.

“My guess is there are people who are never going to forgive him for that,” said Soghoian, who lauded Soltani’s technical acumen.

“At a time when the government can’t get cybersecurity right they deeply need people like Ashkan in the White House,” he said....

Ashkan Soltani is a 2009 graduate of the School of Information. His 2009 MIMS Final Project, KnowPrivacy, evolved into a major study of web tracking and privacy practices, published by the Wall Street Journal, with Soltani as the chief technical consultant. 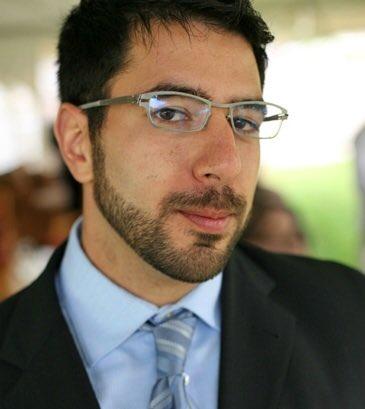