U.S. technology companies are increasingly standing as competing power centers, challenging the primacy of governments. This power brings with it the capacity to bolster or undermine governmental authority, and also increasing public demands for the companies to protect users from governments. The companies’ power raises serious questions about how to understand their role, including suggestions that they are public utilities, information fiduciaries, surveillance intermediaries, or speech governors. In a recent article, Kristen Eichensehr, assistant professor at UCLA School of Law, considers another possibility, one suggested by the companies themselves: that they are “Digital Switzerlands.”

The companies’ claim encompasses two ideas: parity with countries and neutrality. In her article, Eichensehr critically evaluates the plausibility of these claims and explores how the companies differ from other powerful private parties. The Digital Switzerlands concept sheds light on why the companies have begun to resist both the U.S. and foreign governments, but it also means that the companies do not always counter governments. Understanding the relationship between companies, users, and governments as triangular, not purely hierarchical, reveals how alliances among them affect the companies’ behavior toward governments. But the companies’ efforts to maintain a posture of neutrality also carry a risk of passivity that may allow governmental attacks on users to go unchallenged.

Eichensehr proposes several considerations for assessing the desirability of having companies be Digital Switzerlands. Does the rise of the companies as competing power centers benefit individual users? Does the companies’ lack of democratic attributes render them illegitimate powers? If the companies claim the benefits of the sovereign analogy, should they also be held to the public law values imposed on governments, and if so, how? And if there is value in the companies acting as Digital Switzerlands, how can this role be entrenched? Her article offers preliminary answers to these questions.

A light lunch will be available to those who RSVP.

Kristen Eichensehr is an assistant professor at UCLA School of Law. She writes and teaches about cybersecurity, foreign relations, separation of powers, and national security law. Her recent scholarship has appeared or is forthcoming in the University of Pennsylvania Law Review, University of Chicago Law Review, Virginia Law Review, Texas Law Review, and Georgetown Law Journal.

Before joining the UCLA faculty, Eichensehr clerked for Justices Sandra Day O’Connor and Sonia Sotomayor of the Supreme Court of the United States and for Chief Judge Merrick B. Garland of the U.S. Court of Appeals for the D.C. Circuit. Eichensehr also served as Special Assistant to the Legal Adviser of the U.S. Department of State and practiced at Covington & Burling LLP in Washington, D.C., where she specialized in appellate litigation, international and national security law, and cybersecurity issues.

Eichensehr received her J.D. from Yale Law School, where she served as executive editor of the Yale Law Journal and articles editor of the Yale Journal of International Law. She holds an A.B. in government from Harvard University and an M.Phil. in international relations from the University of Cambridge. Eichensehr is a former term member of the Council on Foreign Relations, a former visiting fellow at the Hoover Institution, an affiliate at the Stanford Center for International Security and Cooperation, and an affiliate scholar at the Center for Internet and Society at Stanford Law School. She is a frequent contributor to and member of the editorial board of the national security blog, >Just Security. 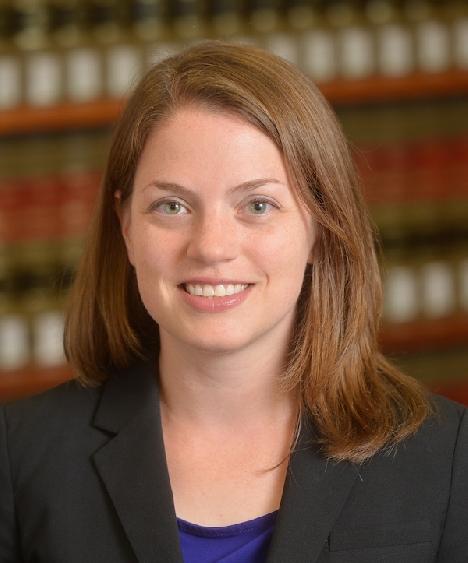