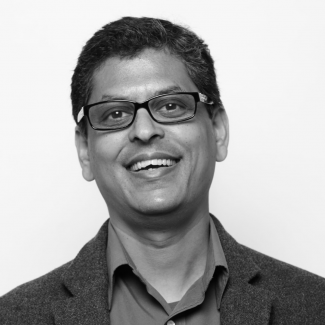 Serial entrepreneur deeply interested in data privacy, governance and security for individuals and enterprises. Federated end-to-end enterprise cybersecurity from the Cloud to Network to Endpoint.

Sekhar Sarukkai was most recently a Fellow and Chief Scientist at McAfee. Sekhar joined McAfee through the acquisition of market defining Cloud security company Skyhigh networks that he co-founded. Prior to founding Skyhigh Networks, Sekhar was at Cisco Systems responsible for delivering Cisco's market leading network access control products, including Cisco's Identity Services Engine. He joined Cisco through Cisco's acquisition of Securent where he was a Co-Founder and CTO. Prior to Securent, Sekhar was Founder and CTO of Confluent Software, which was acquired by Oblix/Oracle. Sekhar also previously worked as a senior researcher at HP Labs and was the chief architect for HP's market leading web-services initiative (e-speak). He started his career at NASA Ames Research Center where he worked with real rocket scientists after obtaining his PhD in Computer Science from Indiana University.

Throughout his career Sekhar has been fortunate to have lead many initiatives that have resulted in recognitions including Infoworld Top 25 CTO award, Cisco Pioneer award, and Computerworld Honors Laureate award (and 21st century achievement award finalist) for his work on Micrograam.