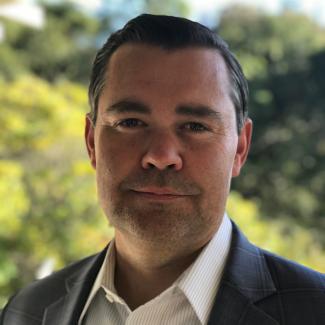 Philip Reiner is the CEO and Founder of the Institute for Security and Technology, a San Francisco Bay Area-based nonpartisan nonprofit that works to outpace emerging security threats posed by advanced technologies by bridging technical experts and national security policymakers. He previously served in the Obama White House as Senior Director for South Asia on the National Security Council staff; as the Senior Advisor for Afghanistan and Pakistan; and as a Director for Pakistan on the NSC staff. He was a civil servant in the Office of the Under Secretary of Defense for Policy at the Pentagon, where he received the Office of the Secretary of Defense Medal for Exceptional Civilian Service; and for a number of years at Raytheon Space and Airborne Systems, working in their Electronic Warfare, Remote Sensing, and Vision Systems business units. Philip is as a Member of the Advisory Board for the AI Security Initiative at the UC Berkeley Center for Long Term Cyber Security; an affiliate with Stanford’s Center for International Security and Cooperation; the Director for Advisory at AETOS Strategy and Advisory; and the owner of a personal consulting business where he advises both public and private clients on business, tech, and international security with a predominant focus on India, China, and Japan. His writing has appeared in a variety of outlets, to include Foreign Affairs, The Cypher Brief, War on the Rocks, and C4ISRNet. He obtained his Master’s degree in International Relations and International Economics from the Johns Hopkins School of Advanced International Studies, and a Bachelor of Arts in Comparative Religions with a minor in History from the University of California at Santa Barbara, with a focus on both East and South Asian history. He routinely guest lectures on emerging international security risks at UC Berkeley and Stanford University, and lives in Oakland with his wife and two daughters.