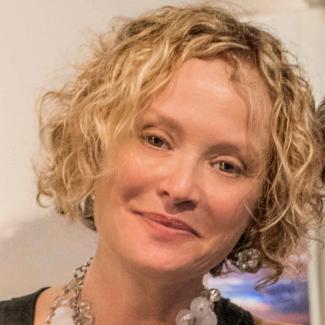 Leslie Harris is an Internet and technology policy lawyer who has been closely involved in the development of seminal Internet policy and regulation in Congress,  Executive Branch agencies, the European Union and global governance bodies including the OECD,UNESCO and ICANN.

She is currently President of the Harris Strategy Group, a senior level consultancy providing strategic advice on policy and strategy related to new technology, civil liberties and human rights.

From 2005 to 2014, Harris served as President /CEO of the Center for Democracy & Technology, a globally respected Internet freedom organization working to keep the Internet open, innovative and free. She led the organization through a period of extraordinary growth and transformation, establishing a presence in Brussels, London and san Francisco and launched new  initiatives on health privacy, global Internet freedom and Internet architecture and led the organization's  work on  a broad range of Internet policy matters including consumer privacy, intellectual property, free expression, surveillance, cybersecurity and net neutrality. She is a founder of the Global Network Initiative,  a landmark corporate social responsibility initiative in the ICT sector.  At CDT, Ms Harris testified frequently before Congress,Executive branch agencies, EU institutions and  global multilateral organizations, and served as the organization's principal spokesperson with US and global media.

Prior to joining CDT, Ms. Harris was the founder and President of a mission driven tech policy firm in Washington, committed to closing the digital divide, developing the democratic potential of the Internet, and supporting innovation. Earlier,she held senior policy leadership positions in two prominent civil liberties organizations and was in private law practice in Washington, DC.

For the past year I have served as the project director for an empirical study on the defeat of the Stopping Online Piracy Act. The project, led by Professor Deirdre Mulligan has  examined advocacy, analysis and key actors in the year leading up to the bill's defeat, the role of technology and  the traditional legislative process  to uncover and understand the critical dependencies, ""but for" events deemed important to SOPA's demise and the implications for Internet policymaking in Congress.

I currently serve on the Advisory Board, Ranking Digital Rights, the Public Interest Advisory Board of Center on Copyright Information and the Advisory Committee, and the Center for Democracy & Technology. I was a Senior Adjunct Fellow at Silicon Flatirons at the University of Colorado Center for Law, Technology and Entrepreneurship, 2011-2014 and a Co-Director of the Summer Intensive Course on Internet Policy & Advocacy at Central European University, 2011-2013.