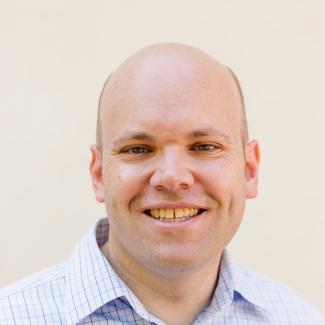 I graduated from the U.S. Coast Guard Academy in 1998 with a B.S. in naval architecture and marine engineering.  A career Coast Guard officer, I graduated from MIT in 2002 with master’s degrees (S.M.) in mechanical engineering and naval architecture and marine engineering.  My research at MIT was in hydrofoil shape optimization. I graduated with an MBA from UC Berkeley’s Haas School of Business in 2008. In 2014 I was fortunate to be selected as an MIT Seminar XXI Fellow.  The Coast Guard selected to serve at the Center for a New American Security as a Senior Military Fellow from 2016-2017 where I wrote on the Coast Guard’s defense mission and the role of prediction in agile decisionmaking.

I was promoted to the rank of Captain in 2019 and currently serve as Executive Assistant to the Coast Guard’s Chief Acquisition Officer.  In this role. I support strategy development and translate executive intent into action and marshal staff efforts for a directorate of 800 headquarters and field staff executing an annual budget in excess of $1 billion.

My primary speciality is in operations afloat.  I served in five ships: USCGC Dallas, USS Bunker Hill, USCGC Morgenthau, USCGC Bertholf, and as commanding officer of USCGC Harriet Lane.  My service afloat took me from north of Barrow, Alaska to the Australian Bight and from the Arabian Gulf to the Black Sea conducting defense, counternarcotics, and fisheries enforcement operations.  I have substantial diplomatic experience as well, serving as Coast Guard Attaché to the Republic of Malta and as the Coast Guard Liaison to the State Department’s Bureau of International Narcotics and Law Enforcement Affairs.  In the latter role I served as the United States’ Competent National Authority under Article 17 of the United Nations Convention against Illicit Traffic in Narcotic Drugs and Psychotropic Substances.

I became interested in the disciplines that would eventually coalesce to form data science as a Berkeley MBA student.  Exploring my interest initially through MOOCs and personal projects, I eventually came to the conclusion that it was time to transition from the Coast Guard to a career in data science.  MIDS is the next logical step in this transition, and I look forward to entering the field full time in the summer of 2021.