In Memory of Doug Tygar

Doug was a valued community member, teacher, and researcher. His work made unique and significant contributions to the fields of usable computer security, cryptography, privacy, and digital rights management. As a colleague, his sharp sense of humor, infectious laugh, and encyclopedic knowledge of all things Berkeley are irreplaceable. He will be sorely missed.

We invite you to share your memories of and tributes to Doug Tygar.

Lena Connolly - Assistant Professor Zayed University
I only just found out now...Doug generously supported my two trips to UC Berkeley while I was a PhD student (2012, 2014-2015). Since then we occasionally kept in touch. My dream was to invite him to apply for some amazing grant opportunity and conduct some interesting research (I was going to start looking for opportunities in a year or so as I am still not at the point of my career to do so). It is hard to comprehend that this will never happen....that I will never talk to him again

He was a wonderful man, kind and caring. And what a beautiful mind! I loved auditing his courses...he was so clever and sharp! I really admired him. I am so sad I will never see him again.

Good bye my friend! You will be missed
November 28, 2021
Arthur Wohlwill
I knew Doug when I was an undergraduate at Cal. He started there when he was 16 and graduated at 19. I lost track of him after graduation, but stumbled across an article he wrote in Nature. At that time he was at Carnegie Mellon which is just a few blocks from where my brother lives, so when I visited my brother I got to see him and reminisce about the old days. I did find that he had moved to Berkeley and was glad that he got back there. I thought about him recently because I have a friend whose son, like Doug, started taking college classes (where I teach) at a very early age. So I decided to look him up and was saddened to hear the news.
November 2, 2021
Sashank Varma
Oh no! What a loss.

I had Professor Tygar for Fundamental Structures of Computing I at CMU back in Spring 1988, as a freshman. I didn't understand something and went to his office hours. He patiently explained the topic to me. As I was leaving, he asked me to wait and reached into a cardboard box. He pulled out a copy of David Harel's "Algorithmics" book, handed it to me, and said I might enjoy it.

That helped start me down a path to being a computer science professor myself. More importantly, it taught me what encouragement from a professor can mean in the life of a young person. To this day, I routinely reach to my shelf and pull down books to "loan" to undergraduates and graduate students. I get back about 70% back, but that's hardly the point.
September 28, 2021
Dave Detlefs
I hadn't heard of Doug's passing; very sorry.

Doug was a new professor when I was new grad student at CMU. He was very kind to me, teaching me mathy things about, e.g., random number generators I probably wouldn't have otherwise learned, and gently pointing out some obvious flaws in some early versions of some garbage-collection work I was doing. I always thought he was one of the very smartest people I got to work with (at least a little), in a career where I've been very privileged in that way.
July 16, 2021
Edward Penrose
Very sad to hear of the sudden and unexpected passing.

Through a love of literature and film, Doug's amazing collection has been donated to our non profit, Hope Services, by Doug's wife in his memory.

I trust that those who knew Doug and his wife will find no surprise that the donation of incredible books is living on his life on touching the lives of an additional 3500 adults with intellectual and developmental disabilities throughout bay area counties that we serve.

His legacy will live through thousands of incredible lives and thank you for your incredible generosity.

September 16, 2020
Kurt Riedel
I was Doug's closest friend in college (U.C. Berkeley, of course). He was several years younger than our peer group. He was always brilliant and articulate. He loved discussions on mathematics, philosophy and politics. He stood up for his principles and his friends. He recognized early that mathematics and computer science was a better career than physics and mathematics. He went to Harvard and got his PhD under Rabin. He became an assistant professor at CMU before moving back to UC Berkeley. Doug loved teaching. I think that he could have become a professional speaker or an actor if he wanted. He will be missed.
May 21, 2020
Jon C R Bennett
I still can see him in Wean 7500 doing the "Alice and Bob" lecture, with Raggedy Ann and Andy dolls and the part of the Prince of Darkness (the eavesdropper) played by a little rubber ducky.

April 29, 2020
Preston Gardner
I was shocked to learn that Doug had died. I met him when we both worked at Valid Logic Systems, where I started in 1982 (I think he started a few months before I did). We crossed paths again much later in life, around 2000, when I worked for a crypto startup called Arcot Systems.

I recall a prank that he and I played once in the early days at Valid: the most popular computer game we had then was a very simple text-based game called Adventure. It started up by saying "Please wait a moment while I total up your scores." We replaced it with a script that said "Please wait a moment while I delete all your files", and then the script proceeded to do a find(1) on your Unix files, listing all the files it was apparently deleting. It blocked interrupts so you could not control-C out. It didn't actually do anything... however, the child of our VP came one Saturday and played it, causing the VP to freak out.

I can finally tell this story because we were never caught (and the statute of limitations has passed).

I will miss Doug, or at least I will miss him when I can finally believe he is gone.
April 17, 2020
Der-Tsai (aka DT) Lee
When I learned about the news that Prof. Doug Tygar passed away on January 16, I was in a total shock and could not believe it. We were communicating via email about our planned visit to the Center for Long Term Security, UCB on March 2, 2020 and Doug just sent me a confirmation on January 8 that a meeting had been arranged, Ann Cleaveland, the Executive Director of CLTC would be in touch, and he’d look forward to seeing us!

Doug and I had known each other for almost 20 years since the time when I was serving as Director of the Taiwan Information Security Center, and was seeking international collaboration with UCB in 2005. Doug was the chief architect responsible for helping make the connection between TWISC and TRUST, one of the NSF funded Science & Technology Centers at UCB, which led to a 3-year Int’l collaboration program, dubbed iCAST, for int’l Collaboration for Advancing Security Technology 2006-2009. Doug served as a mentor for the 20 graduate students selected from Taiwan to do on-site information security research at UCB every year during the collaboration period. Doug, together with a few other faculty members of TRUST, made several overseas trips across Pacific Ocean at that time and had continued to communicate with members of TWISC even after the program ended. We also had coauthored a book entitled “Computer Security in the 21st Century,” published by Springer. Doug will be remembered by all of us who were associated with TWISC, particularly those who participated in iCAST, for what he had done for them, some of whom are professors in Taiwan now, as a dedicated teacher, an innovative researcher, and most important of all, a true friend!

Doug’s passing was a tremendous loss not only to UCB but also to us all. I am sure the legacy of his relentless enthusiasm for helping young students will be carried on, as we continue the collaboration on cyber security related issues between UCB and TWISC. We will remember him forever.

On personal side, Doug is a vegetarian, but he respected others who are not. His wife, nicknamed Xiao-Niu (小牛), whom I knew independently as a professor, is a soft-spoken person with a unique mind. She got her PhD in Computer Science, but is interested in technology and art. She was invited to serve as a reviewer of projects for the National Digital Archives Program, for which I served as Program Manager. Several years after I first met Doug, Doug told me one time when I visited him at UCB that his wife was from Taiwan. Doug must have been as surprised to learn that I knew Xiao-Niu, as I was surprised to learn they were husband and wife! As I recall, I invited Doug to Taiwan for giving a short course and I invited him to a dinner party at a local vegetarian restaurant. It was dark outside, and I was waiting to meet him at the entrance of the restaurant. As usual, he came with a bag of a long strap on his shoulder, carrying a notebook computer under his arm. With his regular broad smile on his face, making graciously warm greeting remarks when Doug saw me, he accidentally stepped into a small pond near the entrance and took a fall into the water. Doug got up, with his pants and the notebook computer all wet. I felt really sorry and apologized to him. He did not complain, but instead comforted me by saying it was his fault. What a graceful person Doug was!

When I contacted Xiao-Niu expressing my deepest condolences, she was in great pain about Doug’s unexpected passing. She told me that Doug was planning to come to Taiwan this winter break, and take a sabbatical leave for six months. What a sad story! Now this sudden tragedy had made their otherwise perfect plan of getting together vanish! I could imagine the pain Xiao-Niu was bearing, and would share the same pain too! Xiao-Niu, you ought to stand strong, and you have many of us behind to support you.

Doug was a great man, and he shall remain side by side with us all forever!

February 29, 2020
Dave Eckhardt
As a CMU CS Ph.D. student in the ’90s, I was in awe of Doug. He had cool projects. He had cool Ph.D. students. As far as I could tell, he knew everything about everything, he thought Computer Science was the best fun, and he wanted everybody along for the ride. He was like Buckaroo Banzai — or maybe Buckaroo Banzai was like Doug Tygar. I’m glad to read about how he kept amazing and inspiring people after he left CMU for Berkeley. I’m sorry to hear that he has left us all too soon.
February 23, 2020 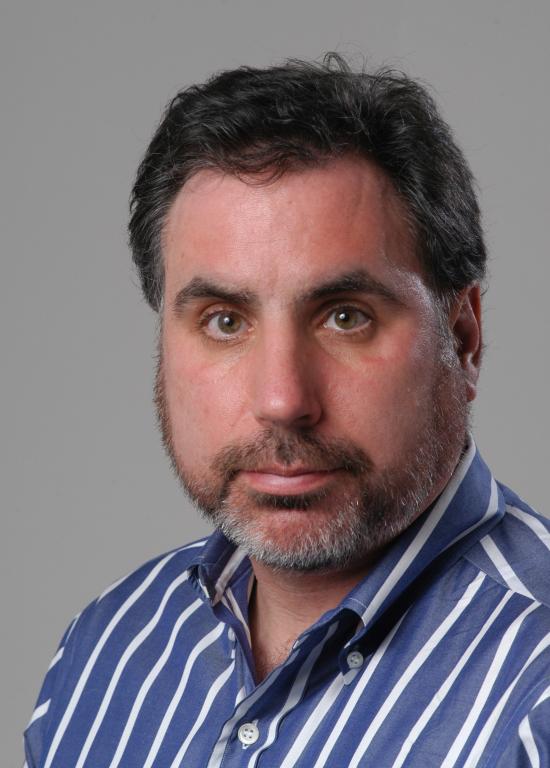