Steven Weber, CLTC Honored for Research in the Public Interest

Professor Emeritus Steven Weber and the Center for Long-Term Cybersecurity (CLTC), a preeminent university-based cybersecurity research and collaboration hub established in 2015 in the I School at UC Berkeley, will be honored with the 2021-2022 Chancellor’s Award for Research in the Public Interest. Given annually, the award recognizes research that addresses critical issues affecting our local, state, national, or global communities.

This year’s award celebrates the public interest contributions of Weber, who recently retired following a 32-year career as a professor at the UC Berkeley School of Information and in the Goldman School of Public Policy, and those made through the CLTC. The CLTC is currently led by executive director Ann Cleaveland, and current faculty director and I School and Law professor Chris Hoofnagle.

“The I School gave me a once-in-a-lifetime opportunity to put together a team at CLTC that was equally committed to scholarly research and the public good.”
— Professor Emeritus Steven Weber

“The I School gave me a once-in-a-lifetime opportunity to put together a team at CLTC that was equally committed to scholarly research and the public good,” Weber said. “It means so much to all of us to be recognized in this way, and it’s a huge motivation for the CLTC team to double-down on the mission, with Chris joining Ann to lead the next phase.”

Since its founding, CLTC has become a leader in the field of public interest cybersecurity. In 2018, under Weber’s leadership, CLTC established the Citizen Clinic, a trailblazing, public-interest digital security clinic that, similar to clinics in law and medicine, helps prepare and deploy student teams to offer pro-bono cybersecurity assistance to non-profits, journalists, human rights defenders, and social justice activists. Over the past four years, Citizen Clinic has trained over 100 students drawn from an interdisciplinary range of academic specialties at UC Berkeley and has served over a dozen non-profit clients on four continents, ranging from women’s reproductive rights organizations to LGBTQ and international indigenous rights groups. Over half of Citizen Clinic alumni are women — more than double the percentage of women in the cybersecurity field nationwide.

CLTC has worked to expand the clinic model by developing open source curricula (available through the Citizen Clinic Cybersecurity Education Center) and establishing the Consortium of Cybersecurity Clinics, a network of institutions working to deliver cybersecurity resilience in important, at-risk sectors that can least afford cybersecurity technical assistance, such as local municipalities, hospitals, human rights organizations, and small businesses.

With Weber and CLTC’s leadership, cybersecurity has emerged as an important arena in the evolving public interest technology field and has gained visibility across the 43 colleges and universities that comprise the Public Interest Technology University Network (PIT-UN), of which UC Berkeley is a founding member.

Weber, together with Ann Cleaveland and Chris Hoofnagle, will accept the award at the annual Chancellor’s Awards for Public Service ceremony, to be held at Alumni House, on the UC Berkeley campus, on Friday, April 29 from 3 pm–5 pm.

Prof. Steven Weber will retire at the end of the year after more than thirty years at UC Berkeley. Weber is the faculty director for the Center for Long-term Cybersecurity.

Professor Chris Jay Hoofnagle will be the next Faculty Director of UC Berkeley’s Center for Long-Term Cybersecurity.

Josh Blumenstock Honored for Research in the Public Interest

Prof Blumenstock received the Faculty Award for Research in the Public Interest for his research at the intersection of machine learning and development economics. 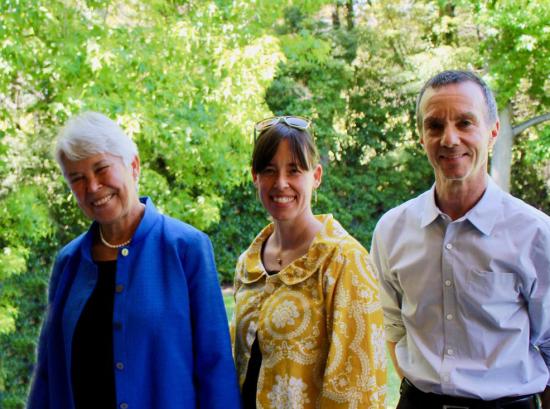 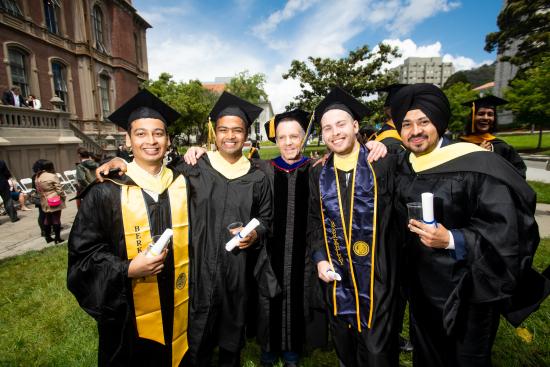