Professor Morten Hansen has retired after fourteen years at the School of Information.

At the I School, Hansen taught Info 225: Managing in Information-Intensive Companies, which covers universal management principles, paying particular attention to management issues that are highly relevant in information-intensive settings, such as information technology industries. He also advised and mentored many students during his time at UC Berkeley, especially those with an interest in management and entrepreneurship.

“When I first joined the I School in 2009, it was a small school seeking to establish and build itself. It is remarkable to see how the school has thrived since then.”
— Morten Hansen

“When I first joined the I School in 2009,” Hansen said, “it was a small school seeking to establish and build itself. It is remarkable to see how the school has thrived since then.”

His books include Great at Work: How Top Performers Do Less, Work Better, and Achieve More (2018), where he posits that the top performers work “smarter,” rather than harder, and the highly acclaimed Collaboration: How Leaders Avoid the Traps, Create Unity and Reap Big Results. He’s also the co-author (with Jim Collins) of the New York Times bestseller Great by Choice: Uncertainty, Chaos, and Luck — Why Some Thrive Despite Them All.

“We hired Morten for his cutting-edge research on management and collaboration,” former I School Dean Anno Saxenian said. “After joining us he went on to publish highly regarded books that established him as a top thinker on leadership — and equally importantly, to teach many generations of I School students about managing information-intensive companies.”

Philip Braddock (MIMS ’16), who was Hansen’s GSI for Managing in Information-Intensive Companies, said that even though he came to the I School with  over six years of professional experience, being a student of Hansen’s “really helped prepare me for the working world after the I School.” Braddock went on to say, “While the theories and academic best practices I learned continue to be powerful tools that shape the way I think and approach problems every day, Morten’s emphasis on achieving real-world business outcomes instilled in me an entrepreneurial — or, in his words, intra-preneurial — spirit that has served me well professionally.”

“I will sorely miss our students,” Hansen reflected. “It has been a joy and privilege to teach I School students. I have found them so eager to learn and absorb knowledge when they are at Berkeley… I look back fondly on some great discussions and moments in my class, and I have in turn learned a lot from them.”

“I thank Professor Hansen for his contributions,” said Head of School Marti Hearst, “and wish him the best in this next chapter in his life and career.

I School professor and author Morten Hansen has released a new book: Great at Work: How Top Performers Do Less, Work Better, and Achieve More. The book is the culmination of a ground-breaking five year research study that seeked to determine how to produce great work.

Thinkers50 is a global ranking of management thinkers published every two years. 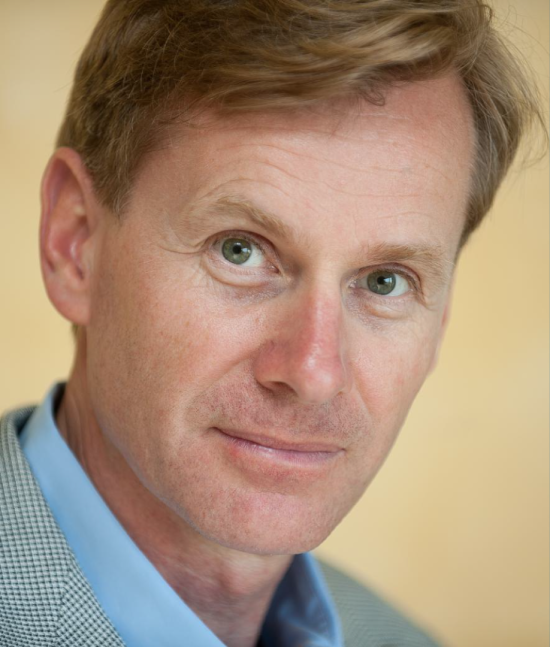 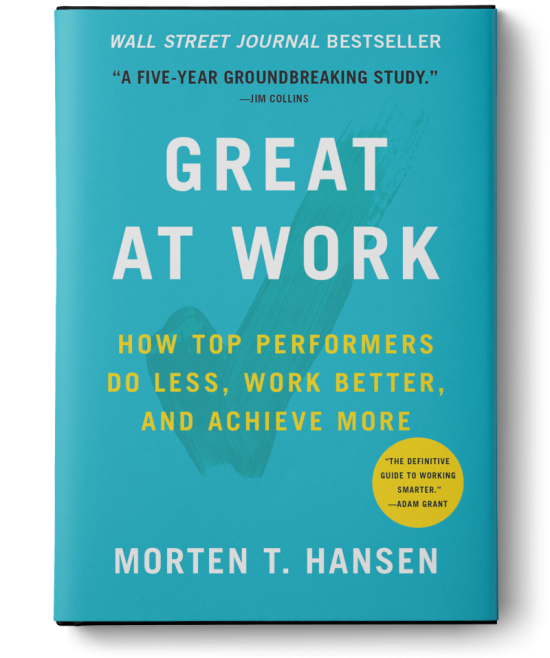 “Great at Work” was the culmination of a unique, five-year study of more than 5,000 managers and employees.