Maria Isabel (Isa) Navarro Sanchez has been awarded the Fall 2022 Jack Larson Data For Good Fellowship for her work using data science to improve the sustainability of fishing and farming communities. The fellowship supports Master of Information and Data Science (MIDS) students who desire to use data science to benefit society.

Isa’s fascination with the ocean began at 12 years old when she took her first dive. The coral reefs of Mexico, her home country, inspired her to dream of becoming a marine biologist and work toward ocean preservation.

Fast forward six years, and as an undergraduate student at the University of Pennsylvania, she had begun working toward the future she wanted. She had the opportunity to intern at the Alaska Marine Conservation Council and travel to remote areas. Through extensive interviews with local fishermen, she discovered that many faced grueling challenges — unpredictable weather patterns, competition for reliable supply chains, and declining resources — that threatened the livelihood of fisheries in the area.

“Although anecdotes can be powerful, they are only half of the story, and we also need data to back them up if we want to inspire change.”
— Isa Navarro Sanchez

These discoveries led her to Duke University’s Marine Laboratory post-graduation, where she collaborated with the Food and Agriculture Organization of the United Nations on a project to assemble the largest database of small-scale fisheries to date. There, she also developed questionnaires and scripts to collect and organize these large datasets to identify critical needs and inform future policymaking.

Her substantial participation in the project allowed her to marry the information she had previously collected through fieldwork with the data science tools she had learned. “Although anecdotes can be powerful,” Isa remarked, “they are only half of the story, and we also need data to back them up if we want to inspire change.

This desire to inspire change eventually brought her out West where she joined Blue River Technology, a subsidiary of John Deere, dedicated to developing intelligent machinery to benefit farmers and the environment. Vastly different from the marine conservation efforts she had worked on thus far, this greatly expanding farming industry offered her a chance to glean knowledge about current data-driven initiatives and get hands-on experience in implementation.

Before long, however, Isa knew she needed more tools. Since her entire career was driven by a passion for the environment and a focus on using data science for good, joining MIDS seemed like a natural next step. In various classes, she had the opportunity to work with her peers on projects that had the potential to produce results in a real-world setting and pull from a variety of cross-disciplinary perspectives such as consulting. “I didn’t want to stay in my little bubble of fisheries,” Isa said, “because if I expanded, I could bring what I learned outside back to the inside.”

With these tools under her belt, Isa wants to continue working toward better food production systems and is confident that her time at the I School has given her the skills to do so in the future.

“Passion and strong relationships will always help you achieve the best possible results,” Isa explained, and she is looking forward to taking her newly-polished skills to the seas after graduation.

Lee Gary has been awarded the Summer 2022 Jack Larson Data For Good Fellowship for his work using data science to assist at-risk communities.

MIDS student Allison Fox has been awarded the Data For Good Fellowship for her work to improve health outcomes in disadvantaged countries.

The Data for Good fellowship supports MlDS students who desire to use data science to benefit society. 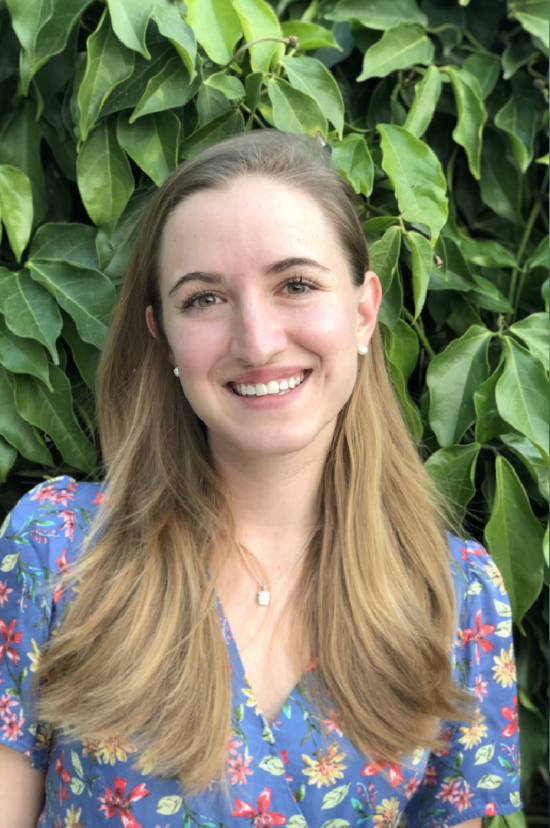