Lee Gary has been awarded the Summer 2022 Jack Larson Data For Good Fellowship for his work using data science to assist at-risk communities.

The fellowship supports Master of Information and Data Science (MIDS) students who desire to use data science to benefit society. Successful applicants have a background working for non-profits, government, or community service organizations or can demonstrate how they intend to use the data science skills acquired in the MIDS program for the betterment of society.

After a difficult childhood, Gary credits his success to the support of an academic advisor who assisted him by reaching out to his instructors and gifting him with a used laptop while he was in college. He graduated, and then went on to serve in the Air Force where he found himself managing large Excel spreadsheets of data. He found he enjoyed the challenge of managing data, and devising codes to help streamline processes.

While in the service, he volunteered for the Shreveport, Louisiana Court Appointed Special Advocate (CASA) program, where volunteers work as advocates for children who are under the jurisdiction of the courts due to abuse or neglect. “It was a great introduction to community service,” he said.

Was there a way to marry the community service work with the data management skills he’d developed while in the service?

It was a jumping off point, too: after a medical retirement from the Air Force, Gary wasn’t sure of his next step. He kept returning to something he was asked in a CASA training session: What’s something from your job that brings you satisfaction? He was inspired by his time in the CASA program supporting kids. Was there a way to marry the community service work with the data management skills he’d developed while in the service?

There was. After completing a master’s program in business analytics, Gary was hired as a data analytics analyst for New Hanover County of North Carolina.

One of the first projects he worked on was studying recidivism rates for non-violent offenders – Gary’s work found insights within the data about what specific groups were most likely to be repeat offenders and helped to inform the county where best to invest funds: in mental health services, and in drug rehabilitation programs. “The county was seeking two million dollars to expand their jail,” Gary said, “and the data team was able to show there was a better use for this money.”

It was an amazing jump start to his career in using data in service of at-risk communities. He’s studied how food deserts (geographic areas found in high-poverty areas that lack accessible fresh fruits and vegetables) affect student performance. “We found that there was an obesity problem in underperforming schools,” he said, “that correlated with student grades.” He’s worked to assist social services to better identify at-risk households, and developed a data flow that merges information from the county jail system to social services, to notify social workers of cases of concern.

He came to the MIDS program, he said, because he was moving toward the next step in his career and was looking for a challenging program that would build on his skills and improve them. When asked where he envisions himself after MIDS, Gary said interested in possibly starting his own nonprofit organization, or working in federal programs.

He’s no longer the kid with the hand me-down laptop. He’s the person with his hand out, helping to lift up others. 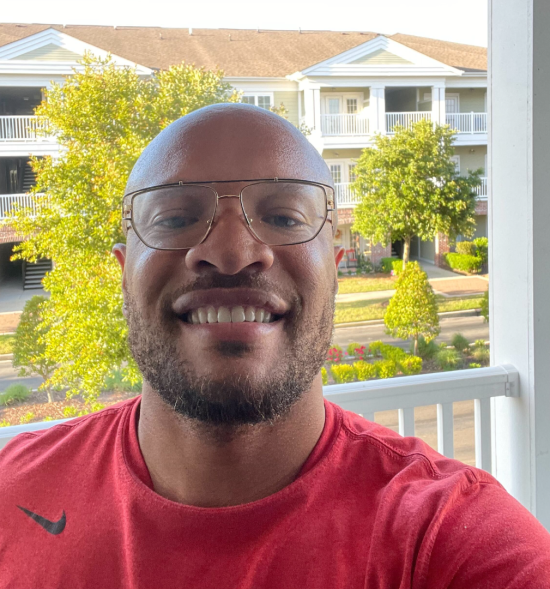