“There used to be two certainties: death and taxes,” joked Arnobio Morelix, MIDS ’19. “And now I think it’s death and tech.”

Morelix works at the intersection of technology, economics, and policy. He graduated from the Master of Information and Data Science (MIDS) program in 2019 and is currently the Chief Data Scientist at Inc. Magazine, a senior advisor to the Global Entrepreneurship Network, and an advisory board member at the Business Angel Minority Association. He previously served as Chief Innovation Officer at Startup Genome, leading a global team researching and advising governments and private organizations across 35 countries on their innovation policies. Now, he can add “author” to the list. ​Rebooted: An Uncommon Guide to Radical Success and Fairness in the New World of Life, Death, and Tech, out now, examines the opportunities and challenges that are on the horizon for businesses in the post-pandemic economy.

When this is all over, he says, the economy we’ll have will be very different than the one we had in pre-pandemic times.

Morelix asserts that there are two economies: the analog and the digital, and right now, we’re witnessing the ascension of the digital economy. It became clear to him in June of 2020, he said, when his newsfeed had two seemingly contradictory headlines: “Record Unemployment,” and, “Tech Companies Beat Wall Street Expectations.”

He was struck by the contrast: “We’ve had record unemployment and a string of big companies filing for bankruptcy in one of the biggest economic contractions since war times.” The current troubles in the analog economy, like the bankruptcies of major companies like Neiman Marcus, Men’s Wearhouse, and Hertz, point to the fact that simply being a large company is no longer enough to keep you afloat, Morelix argues. The pandemic has only exacerbated this.

The “great reboot,” will come in three successive waves: substitutes, complements, and the new normal.

He believes the companies that will thrive and survive in uncertain times like the current moment, are the ones that have a start-up mentality of adaptability. Companies like Shopify and Zoom — firmly in the digital economy — are experiencing record revenue as they rapidly scaled to meet consumer demand.

The “great reboot,” as Morelix calls it, will come in three successive waves: substitutes, complements, and the new normal. Because the pandemic has made the costs of moving people and goods significantly more expensive, complements and substitutes within the digital economy have stepped in to fill needs; when the pandemic ends, most of the changes it ushered in will remain.

First wave: Substitutes. This was seen in the early weeks of the pandemic. Your gym closed, so you found some workouts on YouTube. Your company closed its offices and your meetings were held on Zoom.

Second wave: Complements. Things that may have seemed difficult in the early months of the pandemic are now happening in a new, digitally mediated way. 3-D printers were used to make face shields and medical equipment; home internet connections have rapidly improved to meet the increased demand on networks.

Third wave: New Normal. At first, there will be a rush to resume life as it was pre- pandemic: this happened after the flu of 1918, which was immediately followed by the Roaring 20s. But once the thrill of getting back to normalcy has abated, what remains will be a leaner, faster, and cheaper digital infrastructure, which will enable the digital economy to continue to expand.

Morelix posits that the changes brought about by the pandemic accelerated change that was already happening incrementally: instead of taking ten years for innovations to take hold, the pandemic caused things to be set in motion at warp speed. Consumers have become acclimated to things like cashless transactions, telemedicine, and fully automated toll booths. Now that these changes have happened, they’re probably here to stay.

The Next Wave of Innovation in Tech

Morelix is also confident that we’re going to see a wave of new innovations and companies birthed from the pandemic. “More than half of Fortune 500 companies were started during a recession,” he said, which means it’s logical to assume we’re soon to see a profusion of new tech advances. More importantly, though, he sees the moment as an important inflection point for technologists — I Schoolers in particular — to strategically assess the impact and consequences of technologies birthed from this moment in time.

“One of the reasons I chose the I School, was that it’s a place that takes the intersection of technology and social responsibility seriously.”
— Arnobio Morelix

He’s currently working on a (yet unnamed) project that will bring together tech creators, data scientists, and project managers for a program focused on peer to peer problem-solving, which might address some of the issues likely to arise from the coming influx of tech. He’s envisioning it as a brain trust of sorts, offering fellowship and community for those concerned with tech responsibility.

“One of the reasons I chose the I School,” Morelix said, “was that it’s a place that takes the intersection of technology and social responsibility seriously.”  And with the reboot inevitable, Morelix cautions that now is the time to look at the circles of impact and downstream effects bound to accompany the new tech coming our way.

If you’d like to reach out to Arnobio to participate in his upcoming project or to connect, email him or visit www.morelix.com

I School professor and author Morten Hansen has released a new book: Great at Work: How Top Performers Do Less, Work Better, and Achieve More. The book is the culmination of a ground-breaking five year research study that seeked to determine how to produce great work.

Professor Hany Farid has authored a new book, Fake Photos, a concise and accessible guide to techniques for detecting doctored and fake images in photographs and digital media. 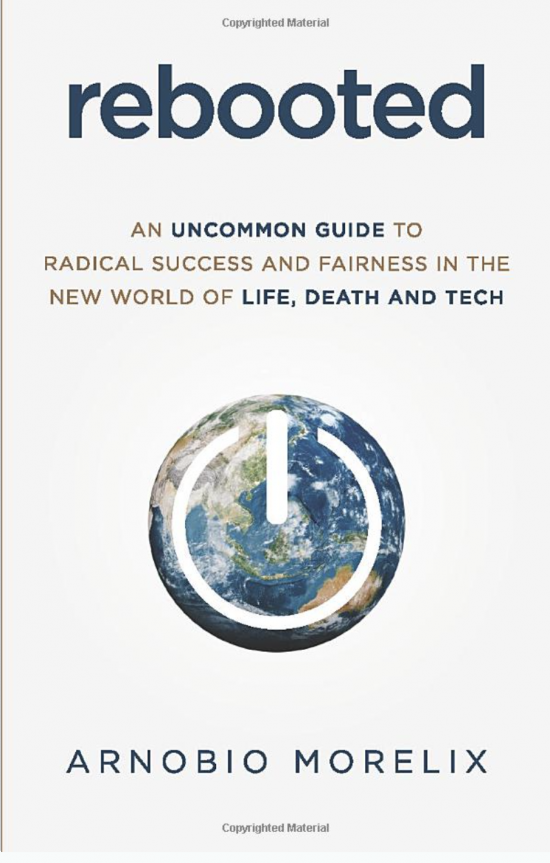 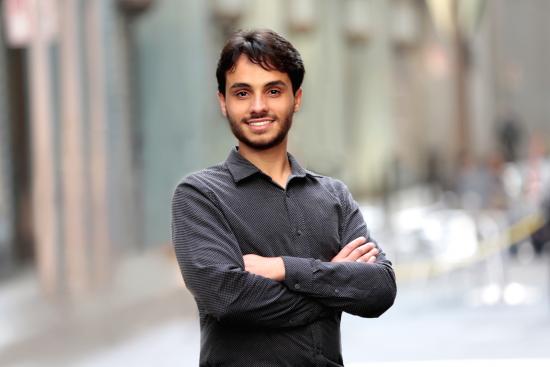