From The Inyo Register / Legacy

Annette Gaskin passed away peacefully in her sleep at age 88 in Gardnerville, Nevada on February 20, 2021.

Annette was born Flora Annette Costley on July 11, 1932 in Austin, Texas to Flora Evelyn Harper and Albert Washington Costley. She grew up in Baytown, Texas and married Herbert Lee Gaskin, Jr, also of Austin, in 1952. She graduated from the University of Texas, Austin, with a Bachelor's Degree in English; and from the University of California, Berkeley, with a Master's Degree in Library Science.

Annette and Herb raised their family of four boys in Maryland, Texas, and California, mostly in the San Francisco Bay Area. After her boys were in school, she worked as a school librarian, and later for an insurance company in San Francisco. After her husband retired, they settled in Bishop, California, where she worked as medical librarian at the local hospital. After her husband passed away in 2010, Annette moved to Gardnerville to be near her son David.

Her hobbies and interests included knitting, crocheting, traveling, volunteer work, and walking. She was most proud of raising her four boys.

She is survived by her brother Albert Costley of San Antonio; her sons Tom Gaskin of Warren, Pennsylvania; Steven Gaskin of Newcastle, Maine; David Gaskin of Gardnerville, Nevada; John Gaskin of Sidney, Montana; 12 grandchildren, and 15 great-grandchildren.

A private virtual memorial service will be held online Saturday, March 6. Her ashes will be buried next to her husband at West Line Cemetery in Bishop. 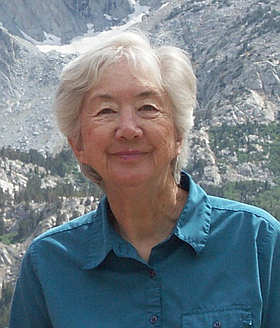