Born in 1946 and raised in San Francisco Chinatown, Yung was a graduate of Galileo and St. Mary's Chinese Language high schools and earned her B.A. in English Literature and Chinese Language from SF State College.

She then came to UC Berkeley, where she earned her Master's in Library Science at the UC Berkeley School of Librarianship, a predecessor to the School of Information, followed by her Ph.D. in Ethnic Studies.

With her Berkeley degree in hand, Yung joined the Chinatown branch of the San Francisco Public Library — the first person of Chinese descent to head that branch. She would go on to become the associate editor of the bilingual weekly East West: Chinese American Journal, and then develop the Asian branch of the Oakland Public Library.

Yung was the fifth daughter of six children of immigrant parents from Guangdong Province who were detained at Angel Island. According to the San Francisco Chronicle, Yung was born into a two-room Chinatown tenement. Her father was a union janitor in a Nob Hill hotel and her mother stitched clothes in Chinatown. Cantonese was the only language spoken at home, and Yung took it upon herself to become both bilingual and bi-literate.

In 1980, Yung co-published Island: Poetry and History of Chinese Immigrants on Angel Island, 1910-1940 and, with a federal grant from the Women’s Educational Equity Program, she directed the Chinese Women of America Research Project, resulting in a complementary photography exhibition at the Chinese Culture Center in San Francisco, titled “Chinese Women of America: A Pictorial History,” in 1983.

All together, Yung wrote, co-wrote, or edited eight nonfiction books, including the bestseller “Unbound Feet: A Social History of Chinese Women in San Francisco,” published in 1995.

Her many awards include being National Women’s History Month Honoree in 2015; the 2007 Annie Soo Spirit Award from Chinese Historical Society of America; and the Lifetime Achievement Award, Association for Asian American Studies in 2006.

Ruthanne Lum McCunn, a San Francisco author of historical fiction told the San Francisco Chronicle: “Judy had an incredible impact both during her life and for all time…Because of her and the work she did in reclaiming the lives of Chinese American women, we have a more complete picture and understanding of the history of Chinese in America.”

150 Years of Women at the UC Berkeley School of Information

A few of notable women who have been affiliated with the School of Information and its predecessors. 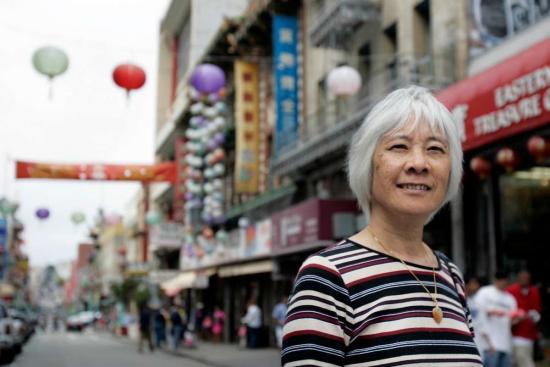