Ben Arnoldy has been awarded the Fall 2019 Jack Larson Data Science for Good Fellowship for his work involving the use of data science to educate the public on climate change and pollution. The fellowship supports Master’s of Information and Data Science (MIDS) students who desire to use data science to benefit society.

Currently, Arnoldy is the Creative Director at Earthjustice, the country’s largest nonprofit environmental law firm. His role there is focused on bringing data science techniques to the organization’s environmental communications.

Before joining Earthjustice, Arnoldy worked at the Christian Science Monitor as a foreign correspondent embedded with the US military during the War in Afghanistan. The year was 2011, and the conflict was only escalating — while he and his journalist peers were reporting on the deteriorating situation in Kabul and Kandahar, the average American was largely oblivious to the international dispute. He remembers asking Americans outside Afghanistan about the war and hearing the same response, over and over again: “The war...You mean, Afghanistan?”

“Understanding how information gets distributed and amplified in the 21st century is critical for anyone wanting to make social change.”
— Ben Arnoldy

Initially, Arnoldy could only react with despair, sharing: “Every writer struggles a bit to visualize his or her audience, but this disconnect broke me.” This disconnect, however, is also what motivated him to dig deeper into the world of data science.

“From that point on, I needed to know: Who was I writing for, who else could I reach, what would move people? I dug into audience data — and then I wanted more data, and more skills to process and analyze it,” Arnoldy said. These thoughts led him to seek a data science education at the UC Berkeley School of Information. Eventually, his roots in journalism and aspirations in data science led him to Earthjustice.

As a part of the communications department at the law firm, Arnoldy assists in developing stories on climate change that center around both impacted populations and activists working on reforming the global issue. Utilizing his MIDS education, he plans to capitalize on the quantity of audience, activist, and donor data that Earthjustice’s communications generate. By applying data science techniques to the data the firm has access to, he predicts that Earthjustice will be able to reach new audiences and motivate citizens to become activists themselves.

Arnoldy is already in the process of developing several new data-driven projects to further the mission of Earthjustice. He is planning to apply sentiment analysis on the firm’s social media accounts to understand how evoking certain emotions can motivate action, integrating Yale Climate Communications datasets into social media targeting strategies to efficiently find people who have the potential to become climate change activists, and work with lawyers to detect anomalies in pollution emission data to fight against fudged government and industry data — a widespread issue in several countries the firm does work in.

“Individual data scientists working in the realm of mass communications now carry on their shoulders the ethical responsibilities once limited to a handful of publishers.”
— Ben Arnoldy

“Understanding how information gets distributed and amplified in the 21st century is critical for anyone wanting to make social change,” said Arnoldy. With this fellowship in hand, the MIDS student is well-positioned to be a future leader of data-driven social reform. Arnoldy now knows who his audience is and can more efficiently spread Earthjustice’s message to that audience.

This newfound knowledge, however, doesn’t come without responsibility; “With this power, individual data scientists working in the realm of mass communications now carry on their shoulders the ethical responsibilities once limited to a handful of publishers,” Arnoldy said.

Speaking to his MIDS education, Arnoldy shared, “I always want to learn about things that are hidden. MIDS held out the promise that if someone gave me a huge dataset, I would have the skills to look at the data and learn things that maybe no one else had ever seen. That’s catnip for me.”

In the summer of 2019, Daniel Santamaria Ots received the Jack Larson Data for Good Fellowship for his research in Puerto Rico.

Timothy Slade believes data science should be used to facilitate the democratization of opportunity.

To many, the term “data science” suggests businesses using our data to make more money, but big data can do more than fuel bigger profits. 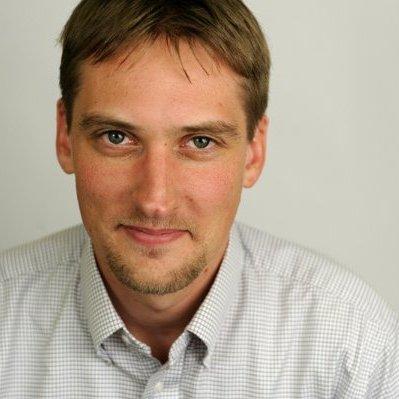