School of Information student Timothy Slade is the recipient of the Fall 2018 Jack Larson “Data for Good” Fellowship.

Slade is dedicated to the application of data science techniques to problems in international education development. With the nonprofit RTI International, Slade has worked to improve reading performance of school children across the Global South. His work has contributed to improving the literacy of more than 6 million children in 25,000 schools in Liberia, the Democratic Republic of the Congo, Malawi, and Kenya. “The work I aim to do is not glamorous,” Slade wrote in his fellowship application. “However, in global development, the mundane often has the greatest impact.”

The Jack Larson “Data for Good” Fellowship helps Master of Information and Data Science (MIDS) students pursue careers using data science to improve human life or benefit society. Slade believes that data scientists are uniquely equipped to provide the tools, systems, training, and insights necessary to improve the lives of the most disadvantaged members of society. “I believe data scientists should use their skills to help people overcome institutional, environmental, and resource barriers which prevent them — through an accident of birth or circumstance — from making their fullest contributions to society,” Slade said. “Put simply, data science should be used to facilitate the democratization of opportunity.”

“Put simply, data science should be used to facilitate the democratization of opportunity.”
— Timothy Slade

Slade has a robust history of public service and social justice work. He was raised in El Salvador during the civil war of the ’80s and early ’90s, an experience he credits with shaping his conceptions of social justice, economic and racial inequality, and geopolitics. He received his undergraduate education at Alma College in Michigan, and then spent a year as a Fulbright Scholar in the Republic of Benin in West Africa, followed by a year on the education team of AmeriCorps-St. Louis. He holds a master’s degree in international studies from NC State University, a graduate certificate in early grade reading from the University of Massachusetts, and is projected to graduate from the MIDS program in 2020. Slade joined RTI International in 2012 where he’s served as a project manager and deputy chief of party and senior technical advisor. He has spent the past two years based in Nairobi, Kenya, following 18 months in Malawi.

Slade joined the MIDS program with the goal of bringing greater analytical rigor to his work. In the program, he found a global community of scholars who are passionate about the practice and applications of data science. “The caliber of the peer group in MIDS has been phenomenal,” Slade said. “MIDS-ers are a wonderfully diverse group of creative thinkers with a ‘sky's the limit!’ mentality and an incredible growth mindset…. There are a lot of folks within MIDS who are thinking carefully about the ethics of data science, asking the right questions, figuring out how to communicate the answers, selecting the right tools for the job.”

The “Data for Good” Fellowship will allow Slade to build upon the success he has already seen in improving learning outcomes in developing nations through tools that will allow education managers to more effectively incorporate data into their decision-making processes. Specifically, he plans to add decision-support functionality to an open-source, tablet-based platform called Tangerine:Tutor, part of the Tusome program. Deployed across Africa and the Middle East, Tutor is used to collect, transmit, and visualize data related to pedagogical coaching and student reading outcomes.

Upon receiving the fellowship Slade felt humbled, and indebted to other champions for social justice who may not receive the same recognition or benefits: “I've got to think about this as a recognition that is less about me, and the specific work that I have done or will do,” Slade said, “and is more about signaling to the broader data science community that there are ways we can deploy our skills and interests for a greater good.”

“I hope that this may in turn help other aspiring data scientists see that it is possible to work for the good of the global community rather than just the shareholder community.”
— Timothy Slade

“I’m the bearer of extraordinary privilege as a result of my sex, my ethnicity, and my socioeconomic background,” Slade acknowledged. “It’s probable that the world would be better served by hearing less of my ideas and opinions and hearing more from people with less privilege whose voices and opportunities I could help amplify.” Slade has found that in Nairobi there is a small but robust data science and tech community. He hopes that the recognition afforded by the fellowship will allow him to bring greater attention to the work of his Kenyan colleagues who are doing important work towards their own societal issues. “I hope,” Slade said, “that this may in turn help other aspiring data scientists see that it is possible to work for the good of the global community rather than just the shareholder community.”

To many, the term “data science” suggests businesses using our data to make more money, but big data can do more than fuel bigger profits.

Student Matt Stevenson is excited about the impact that data science techniques can have on water and energy, especially in developing regions. 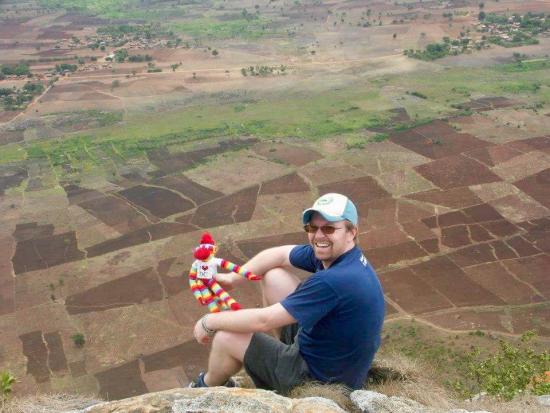 Slade the summit of Mount Bunda, just outside Lilongwe, Malawi. Slade often took photos with his son’s stuffed animals while traveling as a fun way to stay connected. Now Slade and his family, including his wife and three kids, live together in Nairobi. 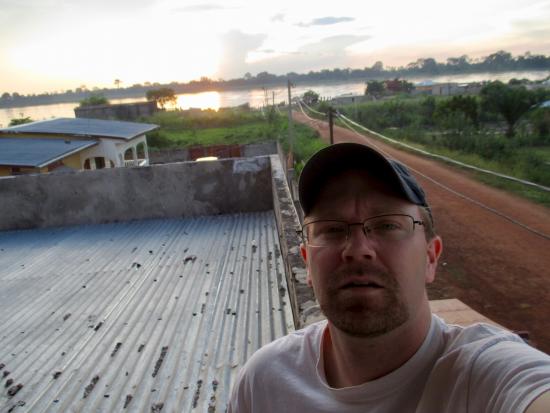 Slade in Bandundu, DRC; a selfie in front of the Kwango River 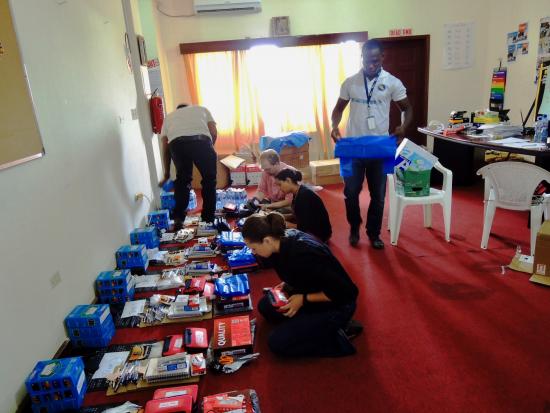 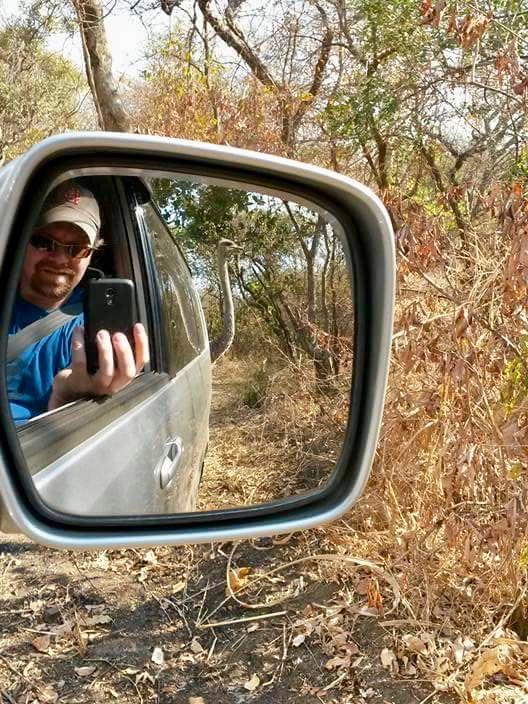 Slade at the Kuti Wildlife Preserve near Salima, Malawi (look closely for ostrich in rear-view mirror).