Fasana shared with us some of his memories about being a young gay veteran in Berkeley in the 1950s, his career journey since then, and what inspired him to give back.

After serving in the US Army during the Korean War, Fasana attended UC Berkeley on the G.I. Bill, earning his B.A. in 1959 and his Master of Library Science in 1960 from Berkeley’s School of Librarianship.

Fasana was a first-generation college student — the first person in his extended family to go to college and graduate. “I came from a working class family,” he explained. “And it was difficult! I sometimes wonder how I had the incentive to continue to go to school — but I did.”

His college years of the late 1950s and early 1960s preceded the campus upheaval of the Free Speech Movement, Civil Rights Movement, and anti–Vietnam War protests — and were well before Berkeley’s gay rights movement of the 1970s.

“Berkeley at that point was very quiet,” recalls Fasana. “But I was so busy with school and work that I really didn’t participate in the campus activity.”

“It was at that point that I came out fully as gay, in Berkeley,” said Fasana. What was Berkeley like for a gay student in the 1950s? “It was very closeted,” he says. “There was no gay activity on campus (that I was aware of!) It was very closeted.”

“Berkeley at that point had no bars, so the only outlet for gay activity was just over the line in Oakland, at the White Horse Inn,” said Fasana.

Fasana looks back fondly at his time in Berkeley: both his undergraduate degree and his time at the Library School. He recalls his very first library job, working as a student at the Cal Forestry Library — now the Bioscience, Natural Resources & Public Health Library.

From Berkeley to the New York Public Library

After graduating from Berkeley, Fasana began a long successful career in library administration. He started as a cataloger at the New York Public Library, then moved on to the Itek Corporation in Massachusetts, and then to the Columbia University Libraries, where he served as director of library automation.

Eventually he returned to the research libraries of the New York Public Library — one of the largest public research library systems in the world. He served as Senior Vice President and Andrew W. Mellon Director of the Research Libraries until his retirement in 1995.

But even in retirement, Fasana has continued to use his library education; he has volunteered for many years as the chief archivist of the Stonewall National Museum & Archives in Fort Lauderdale, Florida.

Why He Gives Back

Fasana credits his longtime partner Robert Graham with nurturing his philanthropic urges. “He was more philanthropically inclined than I, early on,” Fasana laughed. “He said ‘Whatever you make, you have to give back.’ It was through his urging that I started being active in local philanthropic organizations.”

Graham and Fasana were together for 47 years, until Graham’s death in 2010. “He kept urging me to remember the importance that my schooling had for my career,” Fasana said. “Which was quite obvious once he had sort of pounded it into my head!”

“Through my career, being able to say that I’m a graduate of the University of California, Berkeley, opened a lot of doors.”
–Paul Fasana

“I realized that, without a degree from the library school, I would never have gone on become a librarian, or to fall into the positions that I did.”

“The name ‘Berkeley’ is very persuasive. Through my career, being able to say that I’m a graduate of the University of California, Berkeley, opened a lot of doors,” Fasana said. “The prestige of the Berkeley name is important.”

Although Fasana was able to attend college with support from the G.I. Bill, it was still a struggle for him as a first-generation college student. And he recognizes that some of today’s students face even bigger barriers, with rising tuition and shrinking levels of government support.

“I thought that would be a good way to begin to give back, and to help people who are just starting out.”

The first Paul Fasana Fellowship was awarded this spring to Master of Information and Data Science student Christina Papadimitriou, who uses data science to further LGBTQ equality. Papadimitriou works in asset management technology at JPMorgan Chase, and is also a part of the LGBTQ Employee Resource Group leadership team and a member of the Women’s Committee at OPEN Finance (an LGBTQ volunteer network in the Financial Services industry). “After moving to New York City from a country where the LGBTQ community is nearly invisible, I have made it my life’s purpose to fight and advocate for LGBTQ rights,” she says.

Papadimitriou graduated in May 2019 and delivered the MIDS student address at commencement. “Our profession is instrumental in driving change,” she said, “and it is so critically important to do this work with an ethical responsibility towards our communities. To do it with care and empathy, and to be fair — because there are people behind the datasets.”

The Paul Fasana LGBTQ Studies Fellowship supports I School students whose research interests or studies are related to lesbian, gay, bisexual, transgender and/or queer studies in any field or discipline. 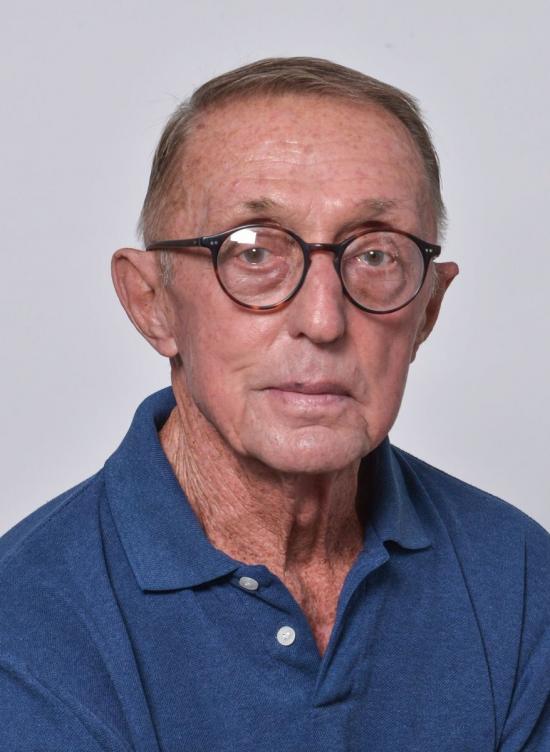