Liu recounted the ten-year journey that resulted in her becoming an “overnight” success, from the career dissatisfaction that led her to apply to the School of Information’s MIMS program, to eventually cofounding gaming giant Kabam, Inc., now a billion dollar company. Liu previously served as Kabam’s chief of staff and the general manager of Kabam’s Casual Games Studio. She led the design for Kabam’s award-winning "Kingdoms of Camelot" franchise and was the founding mobile designer for extension Kingdoms of Camelot: Battle for the North, which was the top grossing app on iOS in 2012.

One milestone on Liu’s journey came after presenting her team’s MIMS Final Project in 2003. “That year on the judging panel was a promising young executive named Marissa Mayer, who was at a little-known company called Google — yet to IPO,” Liu recalled. “Afterwards she gave us her card and told us all to apply.” Hal Varian, then the dean of the School of Information and now Google’s chief economist, also urged Liu and her teammates to apply to Google.

“We were no dummies,” said Liu. “We needed jobs, so we all applied!” After applying and being rejected three times, the teammates gave up on careers at Google.

Liu recalled later meeting a colleague’s wife who was hired at Google after applying more than twenty-five times. “This became a great life lesson to me,” she said. “I couldn’t help to think that we failed, because we did not do something as simple as trying harder and not giving up.”

Liu’s story has a happy ending, though, since her experiences prepared her for her next big challenge as a cofounder of Kabam. “While our entrepreneur story is full of twists, turns, and tons of life lessons, no one talks about the foundation that leads you to your ten-year overnight success,” she explained.

She returned as a MIMS final project judge herself in 2013 and 2014, and now serves on the school’s Advisory Board.

Liu urged the 2017 graduates to lay a good foundation for their futures: to surround themselves with colleagues who challenge and support them, chase their passions and dreams, and never give up. And in another decade, maybe one of the 2017 graduates will return to speak about their ten-year overnight success.

“I discovered this incredible sense of community and mutual support,” graduate Kyle Hamilton said about the online Master of Information and Data Science program. “I have felt more connected to you nerds online than I ever felt in my two undergrads.” 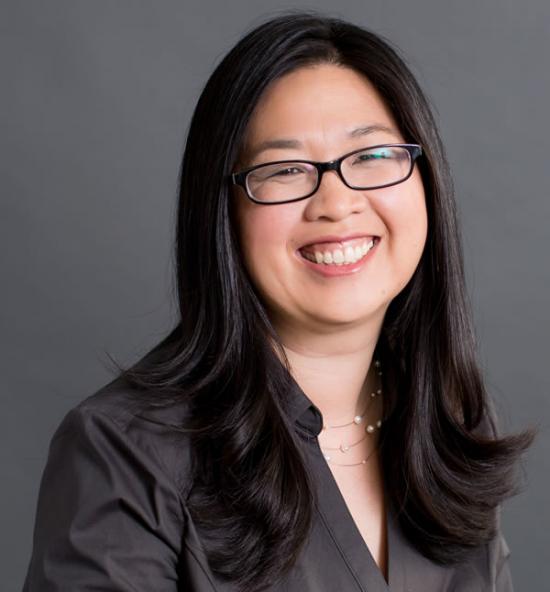