When Paul Glenn signed up for Major League Baseball’s “Bases Coded” Technology Challenge, he figured he had no chance of winning. He certainly never expected to wind up at the 2016 World Series. But there he was Saturday evening, being introduced as the contest winner on the field before Game Four of the World Series at Wrigley Field.

Paul Glenn is a second-year graduate student in the School of Information’s MIMS program. He teamed up with childhood friend (and fellow Detroit Tigers fan) Patrick Whelan to enter the competition. The two named their team “Bless You Boys” as a tribute to the slogan and anthem of the 1984 Detroit Tigers’ World Series team.

The two got the call two weeks ago that they had been selected as contest finalists. Major League Baseball paid to fly Glenn to Chicago, where the 24-hour hackathon lasted from noon Thursday through noon Friday.

The two designed and built an app called “Were They Robbed?” that looks at every batted ball and predicts, based on historical averages, whether the play should result in an out or base hit.

The two designed and built an app called “Were They Robbed?” that looks at every batted ball and predicts, based on historical averages, whether the play should result in an out or base hit. The app pulls real-time data from MLB’s Statcast database about each batted ball’s exit velocity and launch angle. It then uses the Baseball Savant database to calculate an “expected batting average” based on historical data of similarly hit balls. The app’s Twitterbot announces any unexpected results: whenever the batter gets an unexpected hit, or is robbed of base hit by an unusually good defensive play.

The teammates kicked off the contest last Thursday with nothing more than an idea. Twenty-four hours later, they had a full-fledged, operational system. The four teams of finalists all presented their projects to a panel of judges, including Chad Evans, senior vice president of mobile product development at MLBAM; Will Leitch, senior writer at Sports on Earth; Todd Etchieson, vice president of customer analytics at New Relic; and Akif Malik, CEO of Sports Colab. The judges evaluated the four projects on orginality, utility, performance, and presentation — and declared Glenn and Whelan the victors.

“I wasn’t even hoping to win,” said Glenn. “I’ve always dreamed about working for Major League Baseball, and I was just hoping I could network and meet baseball officials at the competition, and maybe land a job after graduation.”

“I could never have done this without the I School.”
—Paul Glenn (MIMS ’17)

“I could never have done this without the I School,” said Glenn. “In fact, I learned everything I know about building a web app just two weeks ago in I.O. Lab, ” he said, referring to the course Info 290TA. Information Organization Laboratory.

Glenn also credited the I School’s Agile Engineering Practices course, taught by Jez Humble. It was Humble’s engineering and design process that let the team build a functional full-featured system on such a short timeline.

The Twitterbot, @mlbrobbedtest, will be tweeting its results for the rest of the 2016 World Series.

The hackathon challenged participants to come up with creative solutions for a wide variety of mobility and transportation problems, to promote equity and opportunity for some of society’s most vulnerable populations. 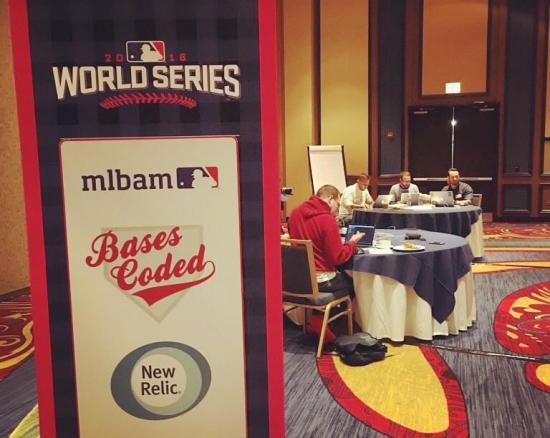 The “Bases Coded” Hackathon was held at the Chicago Mariott Hotel. 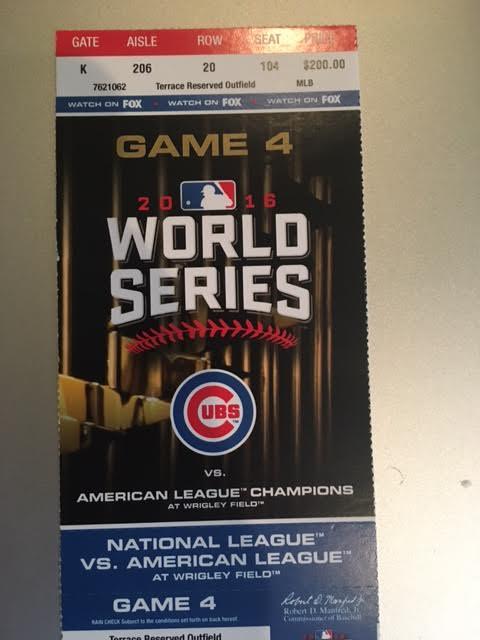