The hackathon challenged participants work overnight to design an application to take advantage of recent advances in virtual reality technology. The winning team developed a plan to use virtual reality to empower tetraplegics; their app, called “Happy2Help” would make it easier for tetraplegics to connect with their communities and find meaningful employment.

The hackathon, which the organizers called a “Hack Jam,” kicked off on Friday night, October 29, and 7:00 pm. Teams worked together overnight to develop their ideas with final project proposals due by 9:00 am the next morning. The judges announced the finalists at noon, and at 3:00 pm the three teams of finalists were presenting their pitches to the judges at the Play Conference at San Francisco's MakerSquare.

Tetraplegics, also called quadriplegics, have lost the use of their arms and legs due to injury or illness. The hackathon team decided that virtual reality tools could assist tetraplegics in new and exciting ways. The team initially explored the possibility of using virtual reality to help tetraplegics explore the world — by virtually scaling mountains, touring the Grand Canyon, or more. But further research suggested that a more meaningful application would be one that helped tetraplegics contribute to society by using their skills in meaningful ways.

“One of the biggest myths regarding the tetraplegic community is that the real meaning of well-being for them is being able to walk and move,” the team explained. “While virtually experiencing fun activities like scaling mountains would provide temporary satisfaction, jobs that utilize their assets would provide them with permanent empowerment.”

Based on their research, the team developed a persona of a typical (but fictional) tetraplegic. They let this persona guide their design and focused on his goals and frustrations. Their proposal suggested several use cases: tetraplegics might use virtual reality technology to work as zoo guides or museum guides, or to work as online tutors.

VMatch recognizes that tetraplegics have the same human desire for intimacy, finding partners, and dating as anybody else. It creates a community of tetraplegics who can interact with each other in fun ways with no assistance required from a helper (other than helping them put on the headset). Meeting virtually offers more privacy than meeting in person, when helpers need to assist with small tasks such as eating. In the virtual space, they can imagine going places and doing things by simply issuing voice commands from a list of available action options.

Hackathon Winners Develop App for People with Diabetes
MIMS students Brian Goodness and Owen Hsiao won first place in this weekend’s Hack2Health “Innovations in Diabetes” Hackathon. Their team designed an app to enhance the restaurant dining experiences of diabetes patients.
I Schoolers Named Finalists in Hackathon for Smart & Sustainable Cities
Four MIMS students developed a text-based messaging system to connect day laborers with local employers in this weekend’s Meeting of the Minds hackathon.
Students’ Finance App Wins $12,000 Prize in People & Money Hackathon
The students focused on the human side of the challenge: the winning app takes into account the personal and emotional incentives that influence people’s choices, not just the financial incentives. 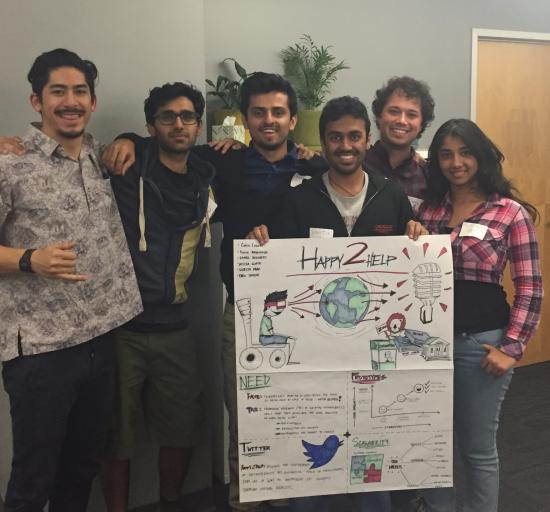 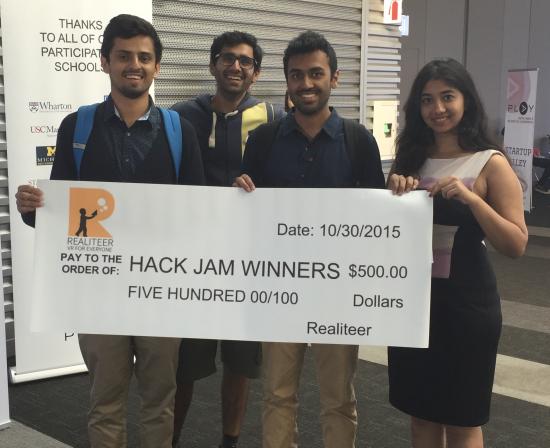 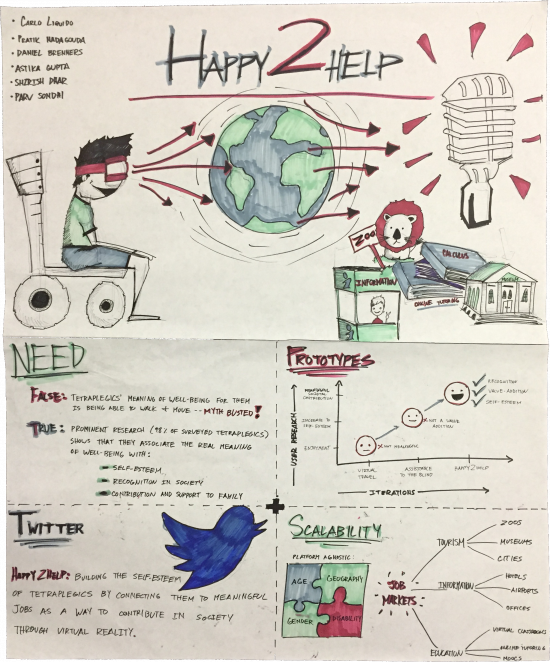 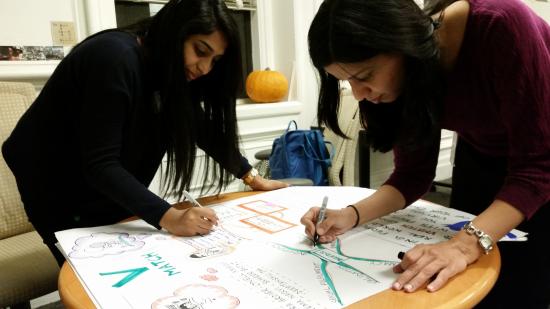 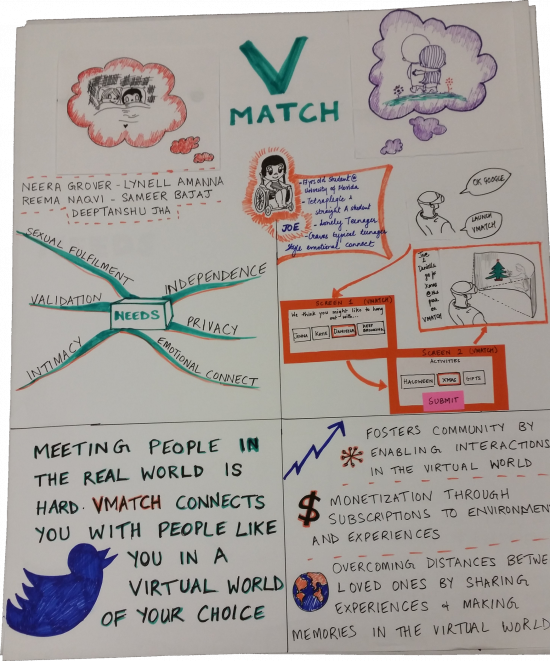