Wordcraft is an interactive iPad application for children who are learnng to read; children can build sentences and immediately see the sentences visualized. The app creates a concrete representation of oral language and allows for linguistic manipulations. The developers believe that Wordcraft can strengthen a child’s metalinguistic ability by providing visual feedback. Wordcraft is structured in a game-like format to increase engagement and encourage play.

The app was developed by 2014 MIMS alumni Divya Anand, Ashley DeSouza, Sonali Sharma, Shreyas, and Victor Starostenko, with guidance from their advisors, professors Marti Hearst and Kimiko Ryokai. Anand and Shreyas represented the rest of the team in London.

Anand and Shreyas were delighted by the positive feedback they got at the conference; people loved the graphics, the app’s usability, and the way that it promotes meta-linguistic learning. And the whole team was grateful for Hearst and Ryokai’s mentorship. “Without Marti and Kimiko’s support and help, we wouldn’t be here,” said Anand. 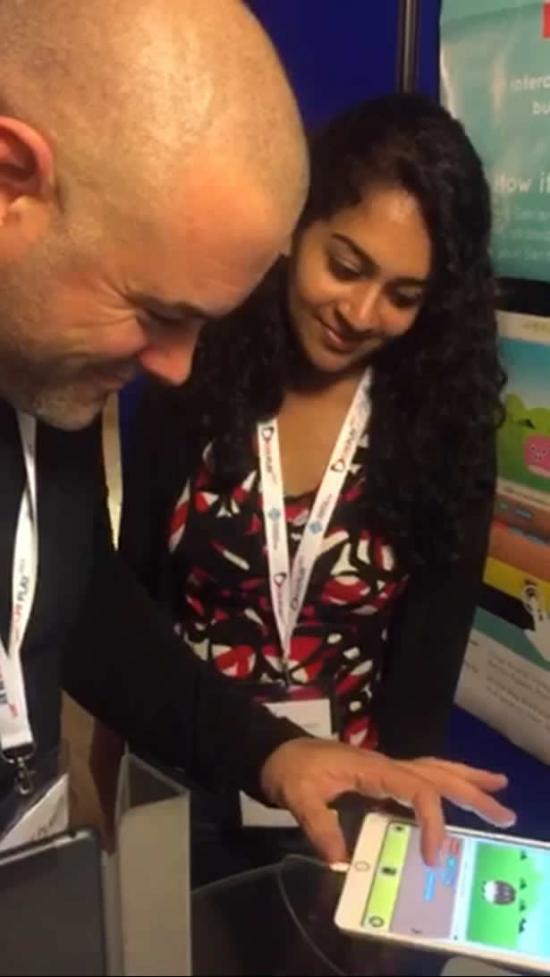