Social Enterprises Launch From the Classroom to the Real World

One innovative School of Information course is demonstrating that student projects can make a real difference in the world.

The course is taught by School of Information assistant professor Tapan Parikh. Parikh has extensive experience designing and implementing information systems in rural areas of the developing world, and was named Technology Review magazine’s Humanitarian of the Year in 2007.

Parikh hopes to teach the course again in the 2013–14 academic year.

Here are five student projects from previous semesters that have already become full-fledged companies serving the developing world — plus a web platform that is just about to to open its doors to the public.

Captricity is a web-based service for digitizing paper documents that contain human-entered or other unique symbolic data. Whether you have a two-page survey filled out by 300 people or a batch of 20,000 19th-century German census forms, Captricity can help.

Co-founder Kuang Chen and his teammates developed an earlier version of Captricity in the Fall 2010 social enterprise course. Tapan Parikh is still a project advisor.

In partnership with Code for America, Captricity recently announced its Open Data Portal for government agencies and others to digitize public records and make the data publicly available.

The company has been featured in the New York Times, Inc.com, and CNET News, and is funded by Atlas Ventures, Founders Fund, Greylock Partners, Kapor Capital, and Social+Capital Partnership.

Acopio works with specialty coffee producers in Latin America to help producer cooperatives collect and manage the data that is vital to their operations using mobile phones, tablets, and PCs. Using their tools, cooperatives can make data-driven decisions and share information with lenders, buyers, and other partners in the value chain.

After preliminary research in summer 2011, Acopio was further developed in the Fall 2011 social enterprise course. Since then, the project has won the “Big Ideas@Berkeley” grand prize and the I School’s Chen Award. Acopio has partnered with Root Capital and is funded by Hub Ventures; the project has been featured in TechCrunch, Forbes, and The Wall Street Journal.

After a successful pilot test in Nicaragua last season, the team is launching as many as six pilot activities across Latin America during this fall’s harvest.

Awaaz.De, which means “give voice,” provides hosted and open source voice solutions that help organizations engage communities in any language, leveraging the power of voice and mobile phones to make social media accessible for everyone. Their products and services that allow customers and their communities to become active and informed producers and consumers of knowledge.

Awaaz.De was founded in India in 2010 by Neil Patel and Tapan Parikh and developed further in the Fall 2010 social enterprise course. Since then, the company has been named a 2011 Tech Awards Laureate and 2011 Mashable.com Startups for Good Finalist. Awaaz.De is currently supported by the Indian Institute of Management’s Centre for Innovation Incubation and Entrepreneurship, which is funded by IIM Ahmedabad and the government of Gujarat, India.

“Will I get water today?” Globally, more than half a billion people have access to treated piped water, but there’s a catch. That water is available for only a few hours at a time once or twice a week, and residents have no way of knowing when that will be.

NextDrop solves this problem by using basic mobile phones to collect real time water delivery information from water operators in the field. NextDrop distributes this information to the people who need it: city residents and engineers in the water utility; their services help urban residents save time and reduce the daily stress of uncertain water, while enabling utilities to become more efficient and more transparent.

NextDrop launched its Smart Water Supply Message Service in September 2011 in Hubli, India; to date, over 25,000 households have signed up for the service.

The company has been featured in Inc. Magazine, The Washington Post, Forbes, BusinessWeek, and more.

MobileWorks is a next-generation crowdsourcing platform that puts the underemployed talent of the world to work. MobileWorks differentiates itself from other microwork services by paying its laborers a fair wage, using smart systems for matching each task with the right laborers, and guaranteeing the quality of the results.

MobileWorks formally launched in summer 2011 and completed one million commercial tasks in its first year.

Initially developed in the Fall 2009 social enterprise class, Local Ground has not been commercialized — yet.

Local Ground is a platform for collecting and sharing user-generated geospatial information; the system combines the best of paper and pixels by using paper maps to capture rich qualitative data, creating digital versions of the hand-drawn annotations, then importing the annotations to a digital map. Using paper maps instead of GIS devices makes the data collection process cheap, portable, and, most importantly, easy to learn.

Local Ground was initially conceived to serve NGOs and other organizations in developing regions, but Tapan Parikh and Ph.D. student Sarah Van Wart are now exploring how Local Ground might empower marginalized communities and young people of color to become not just information consumers, but also information producers, analysts, re-mixers, and entrepreneurs.

Local Ground is currently being used by a number of schools and education programs in the Bay Area, including I-SEEED, the Lawrence Hall of Science, and the UC Berkeley Center for Cities and Schools. Parikh and Van Wart hope to have a new version of the Local Ground system available to the public later this fall. 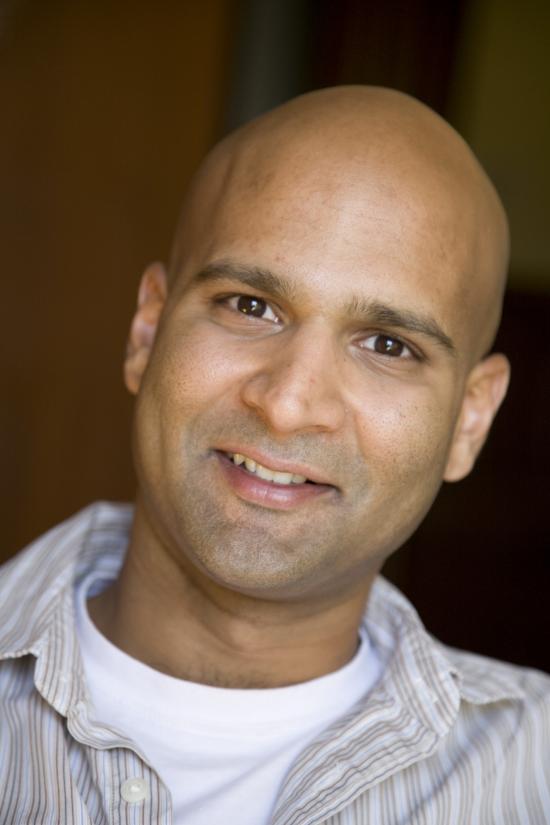