The Revolution Will be Digitized: How IT is Affecting Business and Competition

In 1987 Robert Solow observed that "We see evidence of the computer age everywhere except in the productivity statistics." In 2009, the situation is utterly changed; a large and growing body of evidence reveals that IT is affecting not only productivity, but also competition. And technology's impact is not limited to only a few industries, but is instead being felt throughout the economy. Dr. McAfee will first present evidence of IT's deep and broad impact, then offer an explanation for how the humble computer could be having such a large effect. The "Computer Revolution" in business is actually four distinct but related developments. McAfee will describe each of them, then use case studies to show how leading companies are taking advantage of them to advance within their industries.

Andrew McAfee studies the ways that information technology (IT) affects businesses and business as a whole. His research investigates how IT changes the way companies perform, organize themselves, and compete. At a higher level, his work also investigates how computerization affects competition itself – the struggle among rivals for dominance and survival within an industry.

He coined the phrase “Enterprise 2.0” in a spring 2006 Sloan Management Review article to describe the use of Web 2.0 tools and approaches by businesses. He also began blogging at that time, both about Enterprise 2.0 and about his other research. McAfee’s blog is widely read, becoming at times one of the 10,000 most popular in the world (according to Technorati). He also maintains a Facebook profile and Twitter account. McAfee’s book on Enterprise 2.0 will be published shortly by Harvard Business School Press.

In the July / August issue of Harvard Business Review McAfee and Erik Brynjolfsson published “Investing in the IT that Makes a Competitive Difference,” a summary of their research investigating IT’s links to changes in competition. This work was the first to reveal that competition began to heat up in the US in the mid 1990s – to become faster paced, more turbulent, and more winner-take-all – and that this acceleration was greater in industries that spent more on IT. This research continues, and continues to highlight that technology appears to be significantly reshaping the landscape of competition.

McAfee is the author or co-author of more than fifteen scholarly articles and ninety case studies and other materials for students and teachers of technology. This work has convinced him that modern information technology is the most powerful tool available to business leaders, yet also the most misunderstood and under-appreciated resource at their disposal.

In 2008 McAfee was named by the editors of the technical publishing house Ziff-Davis number 38 in their list of the “100 Most Influential People in IT.” He was also named by Baseline magazine to a separate, unranked list of the 50 most influential people in business IT that year. He was invited by Prof. Gary Hamel to join a ‘renegade brigade’ of thinkers in the task of assembling a set of Moon Shots for Management, which was published in the January 2009 Harvard Business Review. He speaks frequently to both academic and industry audiences, and has taught in executive education programs around the world.

McAfee is currently a principal research scientist at the Center for Digital Business in the MIT Sloan School of Management, and a fellow at the Harvard’s Berkman Center for Internet and Society. He received his Doctorate from Harvard Business School, and completed two Master of Science and two Bachelor of Science degrees at MIT. 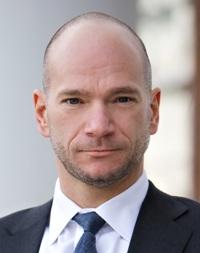