Food and Health in the US

There are many factors that influence their heterogeneous distribution, including:

This project aims to provide a tool for users to disentangle these and other factors and to understand the complex interdependencies between health, food, policy and socioeconomic forces.

For this study, our team used data from the United States department of Agriculture as well as the United States Department of Labor (BLS). The combined dataset has a total of 211 variables related to food access and health, with data at the county level. Variables of interest to our group include, but are not limited to: the percent of the population with low access to a store, fast-food restaurants per 1,000 people, the percent of the population with household food insecurity, the price of milk, average food tax, county and state demographics, adult diabetes and obesity rates by county and state. These data are critically considered in conjunction with supplemental research in the fields of health, economics, nutrition and policy. This project focuses on the United States as a whole, but has relevance at a more local, as well as global, level.

Impact: Why is a project on food policy important?

This crisis is incredibly impactful.

More than 2 in 3 adults are considered to be overweight or obese.

More than 1 in 20 adults are considered to have extreme obesity.

About one-third of children and adolescents ages 6 to 19 are considered to be overweight or obese. [27]

29 million people or 9.3% of the population have diabetes and almost half of all African-American adults have some form of cardiovascular disease; 48% of women and 46% of men.

Cardiovascular disease is the leading global cause of death, accounting for 17.3 million deaths per year, a number that is expected to grow to more than 23.6 million by 2030. [28, 24]

8% of the total rural population in the United States live in communities lacking access to healthy food; 35% of those lacking access are also low income;

15 out of 22 Native American reservations in Washington State do not have an on-reservation supermarket or grocery store.

2.1 million households do not own a vehicle and live more than one mile from the nearest supermarket.

Website with a landing page, a data info page, an about page and a 4 chapter break down of food, food policy and health in the US. Each chapter goes into detail about a critical element of food and health in the US: Major Trends, An Exploration of different variables, Policy and Context (A New York Times style article with visualizations) and Food Hubs.

Food and Health in the US 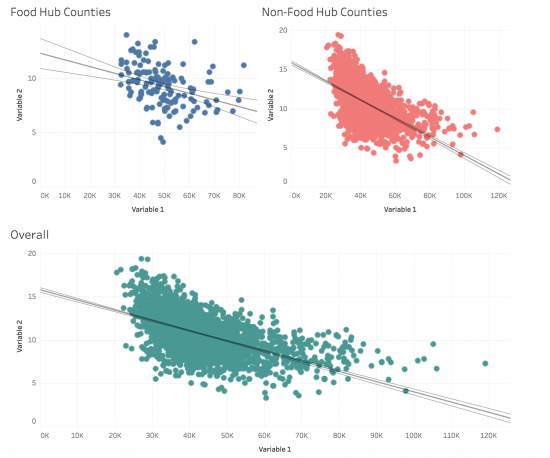 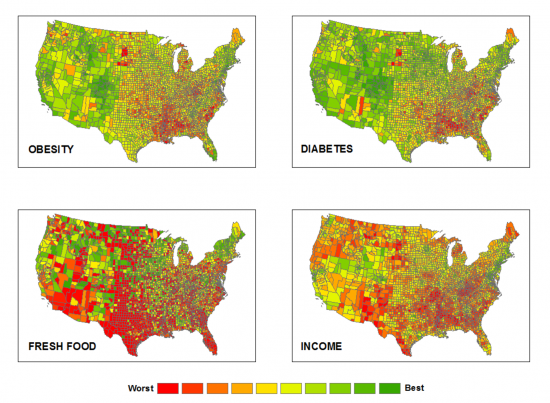 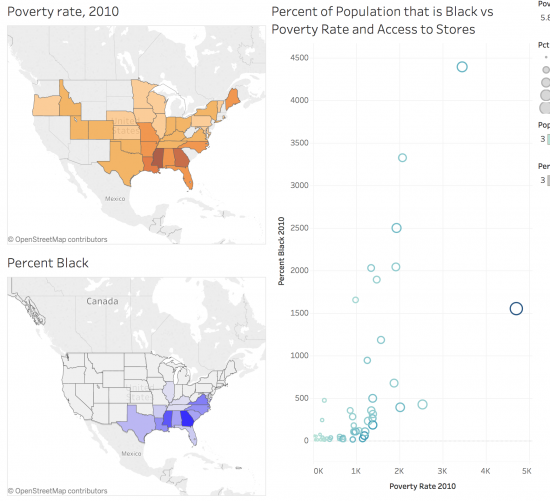