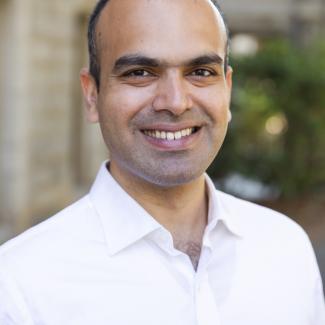 Siddharth Adelkar is a software professional with 15 years of product development experience. This includes award-winning platforms such as People's Archive of Rural India (PARI), which he co-founded and where he serves as Tech Editor.

He has worked at global consultancies such as ThoughtWorks Inc. as well as successful Hollywood tech start-ups such as Radius60 (now Pixelogic). In addition to developing innovative media products for major studios, Siddharth has also led product teams of coders, designers, graphic artists and financial analysts at up and coming mobile app start-ups such as Market Pulse.

Outside of software development, he has been active in tech policy work. He has organized international conferences and study groups —in Berlin, São Paulo, Delhi and Johannesburg— on digital economy and data sovereignty. As an activist of the Free Software Movement of India, he educates journalists, students and activists on the use of tech for social impact. Adelkar led the social justice program of ThoughtWorks, India also known as the “Third Pillar”, where we formulated a new process that made the workplace more inclusive, diverse and safe for all.

In 2014, Siddharth co-founded PARI with founding editor, renowned journalist P. Sainath (who he met at Berkeley!). PARI is a journalism platform that uses combinations of text, audio, video and images to narrate stories on the “everyday lives of everyday people” in up to 14 Indian languages. The US Library of Congress has included PARI in their web archives, describing it as "An important part of [their] collection and the historical record". To date, PARI has won 27 Indian and international awards. Content from PARI is used as part of the curriculum in 56 schools. PARI has partnered with UNDP and the Population Fund of India and other prestigious institutions to report on issues such as climate change that affect the future of humankind.

Siddharth has a master's degree in Computer Science from the University of Southern California, Los Angeles and a bachelor's in Information Technolgy from Dwarkardas J. Sanghvi College of Engineering (University of Mumbai). Born in Mumbai, he lived and worked in Los Angeles from 2004 to 2012 before moving back to India to create PARI.