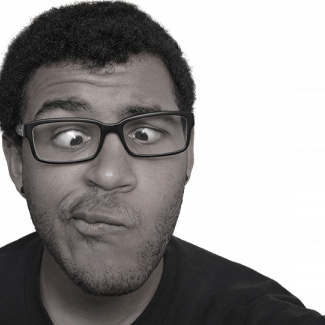 UX/UI Design, Front-End Development, and the sociocultural implications of technology

Ricky is fascinated by the intersection of people, technology, and art. During his time as an undergraduate at the University of Connecticut, he noticed many scholars arguing that technology isolated people and deteriorated human interaction – and he strongly disagreed. In response, he developed an individualized major which included coursework in computer science, design, anthropology, psychology and philosophy – and today, his curiosity persists in his work here at the UC Berkeley School of Information. At Berkeley, he studies user interface design, front-end web development, and the ways in which people interact across physical and digital contexts. Broadly speaking, he's always curious about how interactions can generate moments of whimsy and meaningful serendipity, and create shared meaning of the world – and perhaps even our own humanities.

Driven by this interest in technology use across history, Ricky has conducted research on topics spanning virtual reality, educational technology, writing voice, and cultural implications of technology. He has also worked in professional and informal contexts; whether generating insights in analytics at Viacom’s Nickelodeon property, or creating UIs for writing guides, he loves working alongside others. Moving forward, he’s eager to take his experiences and continue applying them to the design of technology with people, for people.