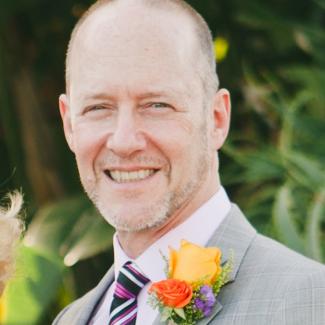 Having spent many years designing and engineering data systems, where the focus is storage, retrieval, and the relationships between elements, I finally want to look at the data itself.

I was born in Boston Massachusetts, and lived in Newton MA through grade school.  My family moved to Potomac, Maryland, where I attended Middle School and High School.

I relocated to San Francisco, California, where I began working for architectural firms, and became a California State Registered Architect.  I have remained in the Bay Area ever since.

After a number of years in the architectural profession, I found myself working increasingly with computers, and I started programming, initially using simple programming languages.  During a recession, I discovered my familiarity with the tools had reached the point where I could earn a living developing business software, and I switched vocations.

Over the years, I continued to grow, until eventually I rose to the position of Application Architect (mostly Microsoft Stack).  It was at this stage that I realized I was interested in systems, and preferred declarative languages (SQL, XML) to procedural, despite my love for object-oriented programming. I began focusing on data systems, and developed a proficiency in SQL that eventually attracted McKesson Corporation, where I was hired as a Data Architect.  An extended stay with that company allowed me to grow with the business unit to which I was attached, and to innovate heavily in SL Server.  I joined Gensler, the largest architectural design company in the world, in 2014, and ironically, am now the company's sole data architect.

Now entering the final chapter of my career, I want to be able to help companies answer questions about their business that we've been unable to do until just recently.  Faster processors, cheaper storage and the quick collection and transmission of data have created a nexus.