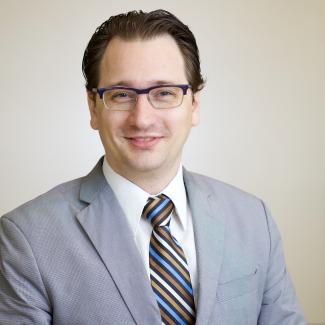 Looking to expand the horizons of public education administration

Michael Hardy currently serves as Vice President of School Analytics at IDEA Public Schools for San Antonio.  Prior to that, he directly supervised principals in the region of San Antonio as the Senior Vice President of Schools. He has served as an award-winning teacher and principal in Brownsville, TX and the Director of Leader Development for IDEA public schools prior to that role.  His passion for creating a strong learning culture and curriculum that prepares our students from college and beyond stems from his experiences as a teacher and electrical engineer.

Michael Hardy began his career in education as a high school science teacher in Brownsville, TX after working as an electrical engineer. Since then, he has taught various subjects across many grades, founded and coached a state champion robotics team, and worked as a teacher and administrator in both traditional and charter districts. As a teacher, he won many awards, culminating with the state of Texas Educator of the Year award through HEB for secondary schools. Michael served as a highly successful principal at IDEA Frontier College Preparatory, leading the school to be ranked 22nd in the United States by Washington Post, 49th in U.S. News and World report, and to achieve IDEA College Prep of the Year, all while increasing teacher retention rates. He has proudly matriculated 100% of his graduates into college.  He served a year as Director of Leader Development for Central Texas before leading one of the fastest growin charter school regions in the United States as Senior Vice President of Schools for San Antonio.  Both roles, and his current role of Vice President of School Analytics, focus on building capacity in our campus leaders to achieve excellent results for children through strong data-driven decision-making, program implementation, management, and coaching of school leadership.