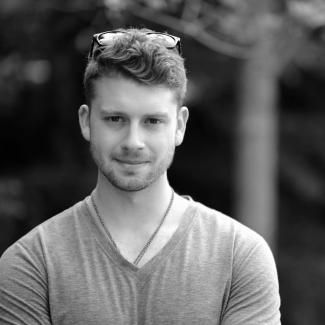 Since graduating from the University of Waterloo’s Chemical Engineering undergraduate program in 2010 I have spent the entirety of my professional career in the Canadian Energy industry. This career selection was partially by choice, but it was also because the opportunities afforded to me in my hometown of Calgary, Alberta were plenty and I was given the added benefit of building a life near my family, friends and the mountains. I have spent the majority of my 6 years of full-time work in three roles: as an exploitation (or business development) engineer in a heavy oil play; as a production engineer living and working at a remote site in northern Alberta; and again as an exploitation engineer though this time in a deep natural gas play. While I have found that I am technically competent when it comes to ‘traditional’ engineering, such as the work in production, process and facilities engineering roles, I have been able to thrive both personally and professionally in the exploitation roles.

As an exploitation engineer, among other duties, we are responsible for generating area development plans and justifying their economic and technical merits to all levels of upper management for review and approval. I have found that I have an innate ability to dig through many sources of historical well data to determine which variables translate into more productive wells and to generate plans which harness these findings. I have a solid understanding of statistics which when combined with technical formulas and energy related knowledge makes for a strong exploitation engineering skill set. I have also become highly proficient in Excel, which has provided me with the ability to attack problems and projects in a more creative and abstract way than many of the other engineers in the energy industry. I used to attribute this unconventional way of thinking to the fact that I had very little formal oil and gas training prior to joining the industry; and as a result had to learn how to perform in my position through trial-by-fire and some on-the-job training. However more recently I’ve come to realize that the common denominator in the projects that I am most successful with, and incidentally the ones I enjoy the most, is that they revolve around a large dataset (historical data of existing wells, process instrument transmitters, internally generated technical data) that requires a significant amount of management, organization, analysis and presentation to make sense of.  I truly enjoy diving into data centric problems with the end goal of providing a conclusion or a recommendation that is impactful for our team or the company.

My future career goals, despite coming from a very focused background, are not limited to the energy industry and I welcome the idea of gaining structured data analysis skills and applying them to a new area of focus. I am largely striving for a career which strikes a balance between my analytical left brain and the creative portion of my right brain, all while providing accurate and clear recommendations to an organization which is in a position to make a positive impact on people’s lives.  It is my hope that the MIDS program through datascience@berkeley will provide me with the fundamental skills and knowledge needed to pursue these goals.