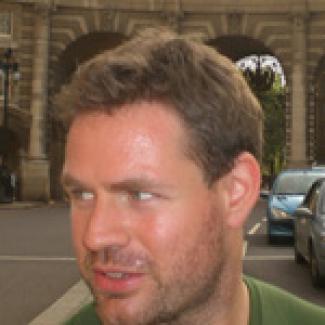 I was raised as a youngster in Williamsburg, Brooklyn before the hipsters moved in and spent my teenage years in Montclair, New Jersey where I attended Montclair Public High School.

I'm passionate about learning and the arts and in my spare time I enjoy photography, computational photography, reading about great physicists and engineers like Nikola Tesla and crafting things out of various materials.

Tilly (2003) observes that “collective violence resembles weather: complicated, changing, and unpredictable in some regards, yet resulting from similar causes variously combined in different times and places.” In this paper, we use textual and spatial features from a massive database of approximately 600 million geocoded messages collected from Twitter’s public streaming API from April 1st, 2014 to April 20th, 2015, to build a series of scalable supervised machine learning classifiers which allow us to predict whether clusters of Tweets are related to peaceful or violent collective action such as protest activity.  We then use this information to discover which linguistic and spatial features distinguish peaceful from violent forms of collective action and how these features speak to the current literature on collective violence.

There is growing concern among journalists and scholars about the remarkable influence of online commentators. Studies on newspaper or magazine articles on scientific topics have shown that negative comments posted online tend to undermine public knowledge about science and cause increased skepticism of well-established scientific facts (e.g., Anderson et al 2014). In response to a growing sense that anonymous “trolling” has gotten out of hand, online magazines and newspapers such as Salon.com have begun banning anonymous online posts. As more discourse moves online and anonymous online discussion becomes the norm, understanding how anonymous commentary affects political views and interpretations of online content will become even more important. Here, we design an experiment which enables us to measure the that effects of anonymous negative commentary (“trolling”) on political views.

Data Science 201. Research Design and Applications for Data and Analysis