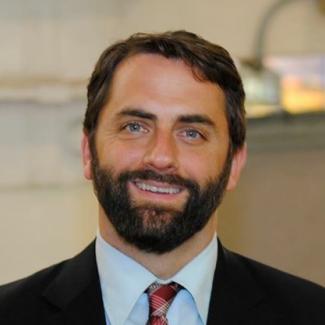 Jonathan Reiber is a Senior Fellow and writer at Berkeley's Center for Long-Term Cybersecurity. He focuses his research and writing on resilience, national contingency planning, and cybersecurity in the Asia-Pacific region.

Prior to his appointment at Berkeley, Mr. Reiber held a number of positions in the Obama Administration within the U.S. Department of Defense. In his last position, he served as Chief Strategy Officer for Cyber Policy in the Office of the Secretary of Defense. As Chief Strategy Officer he advised the Pentagon leadership and led strategic initiatives across the cyber policy portfolio, to include strategic planning; key international, interagency, and industry partnerships; and strategic communications. He was the principal author of The Department of Defense Cyber Strategy (2015). In addition to serving as Chief Strategy Officer, he was also the Executive Secretary of the Defense Science Board Task Force on Cyber Deterrence.

Earlier in the Obama Administration, Mr. Reiber served as Special Assistant and Speechwriter to the United States' Deputy Secretary of Defense, Dr. Ashton B. Carter, and previously as Special Assistant to the United States' Principal Deputy Under Secretary of Defense for Policy, Dr. James N. Miller. In both positions he focused on cyber policy, Middle East security, Asia-Pacific security, strategy, and public communications.

From 2007 to 2009, Mr. Reiber was Research Manager at Ergo, a consulting and intelligence firm focusing on emerging markets. At Ergo he coordinated scenario planning exercises and deep-dive geopolitical analysis, advising Fortune 500 companies and other organizations on the political and social affairs of South Asia, Africa, and the Middle East. Earlier in his career he served with the United Nations Peacekeeping Mission in Sudan, as a policy advisor to the Episcopal Church of the United States, and as a Thomas J. Watson Fellow in South Africa, Italy, India, Turkey and Cyprus, where he studied the role of religion in political and social change.

Mr. Reiber is a graduate of Middlebury College, where he studied Religion, and The Fletcher School of Law and Diplomacy, where he focused his studies on international security and U.S. diplomatic history and served as Editor-in-Chief of The Fletcher Forum of World Affairs. A frequent speaker for government and industry audiences, his writing has appeared in The New York Times (under senior U.S. government officials' names), The Christian Science Monitor, Mint, TODAY, and Literary Hub.