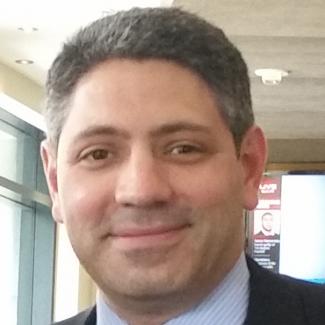 I plan to focus my education heavily on methods for determining causality and how to use those determinations to influence decision making.

If technology had advanced more rapidly, I would have moved into this field long ago. At some point, everything I do turns into a numerical exercise. I innately quantify all elements of my life – personal and professional – in an attempt to understand them fully and make informed decisions. Often, in my professional life, I champion the value of good data and my organization’s potential to make data-driven decisions. Roughly five times as often, I caution against bad data and the dangers of reaching conclusions based on flawed assumptions. Those flawed assumptions attempt to invade at every turn, and it is my responsibility to thwart them.

I have spent a large portion of my life in a multicultural environment. I began life as a New Yorker, but moved to Tokyo at age nine, turning my understanding of the world on its head. I was in Japan for almost a decade before returning to the U.S. for my undergraduate education. My subsequent career has taken several turns. I began as a research chemist. I worked as a radio DJ, an IT manager, and a marketing representative for a major record label, and also completed an MBA program, prior to becoming a Foreign Service Officer (diplomat) with the U.S. Department of State. I served for over thirteen years in that capacity, living and working in Switzerland, El Salvador, and Washington, DC. The one constant thread throughout all of it was my love and curiosity for data. Every job I've had has contained an element of analytics, and that will be my full-time career focus moving forward. I am concentrating my search for employment in the entertainment and technology sectors.

Outside of work, I have maintained an active interest in independent music and record collecting. I have run a website for record collectors for over ten years (www.pettediscographies.com) and started a small record label as a side project. Throughout my life, I have also remained a baseball fanatic. I am married to a remarkable woman named Kat.