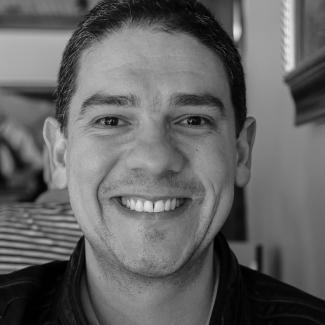 I was born in the country that makes the best coffee in the world, Colombia (at least that's what I was told all my life ;) ). Born in Medellín, the "city of the neverending spring", I actually grew up in the "city with the open doors" where I studied Computer Science at the Universidad Tecnológica de Pereira  (http://isc.utp.edu.co/). It was there that I developed my love for computers and my thirst for research. Wanting to learn more about research, a group of classmates and I co-founded DUTO (http://duto.co), a startup to help blind students see shapes with their hands, it took us about 10 years, but we managed to implement our system in 3 schools in Colombia. At the same time I was a lecturer at my own university for about four years. Then, and after a couple of attempts I was granted the Fulbright Science and Technology Scholarship, which allowed me to achieve my life dream of becoming a scientist by studying a Msc and Phd at the University of Maryland. There I joined the Human Computer Interaction Lab (http://www.cs.umd.edu/hcil/) and worked under the supervision of Catherine Plaisant and Ben Shneiderman, two of the pioneers of the Information Visualization and User Interface Design fields. After graduation, I moved to Silicon Valley for three years where I worked in Xerox Parc, where I worked on helping catch fraud and abuse in the medical system through network visualization, and Yahoo Labs, where I worked closely with Flickr to provide better interfaces for navigating photo repositories and presenting photo statistics. After this, I returned before to my home country to fulfill my commitment to Fulbright of increasing the understanding between nations through Science. Now I'm a Researcher at los Andes University (http://uniandes.edu.co/) at the Imagine research lab (https://imagine.uniandes.edu.co/) where I conduct research on Visual Analytics, Infovis and Accesibility. Starting 2017 I will also be joining the online program at Berkeley to help teaching the Data Visualization Course.