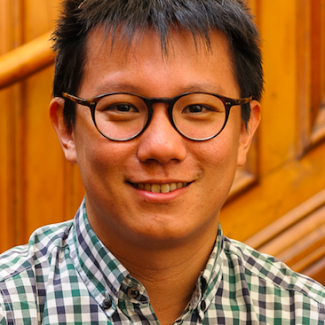 Derek Kuo is a graduate student at School of Information of UC Berkeley, where his research interests mainly focus on how data analytics can boost business performance via information retrieving, modeling, and visualizing. He has also been awarded the merit-based School of Information Fellowship from 2013 to 2015.

Derek received his BS degree of Computer Science at National Taiwan University in 2008. Since then, he has worked in US and Germany, including serving as a data analyst intern at Applied Materials (AMAT) in Santa Clara, CA, and an IT operation analyst at Nokia Solutions and Networks (NSN) in Munich.

In 2010, Derek returned to Taiwan and joined IBM Software Group as a globalization lead, where he led a QA team of four to deliver globalization enablement, testing, verification projects on key-brand software products. Besides, his research on automation testing was recognized as one of the top papers in IBM QSE Symposium.

In his free time, Derek enjoys camping, hiking, wine/cocktail tasting, and movies. That's why he loves California so much.