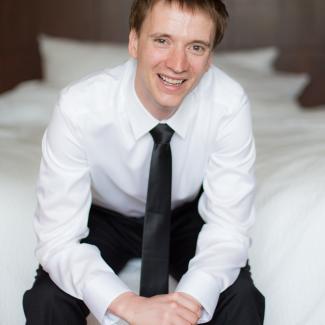 Dan is a Data Scientist at Wayfair. He is on the badging team that decides what messaging to place on product cards when customers browse the website (for example, which products should get the red box that says "Sale"). His work includes designing experiments, building data pipelines to gather billions of rows of clickstream data, using econometric models to determine causal impacts, working with and coordinating engineers to implement results to get maximum value, being a big data subject matter expert for the algorithms team at large, and managing other data scientists.

Dan graduated Phi Beta Kappa, Sigma Xi, and Magna Cum Laude from Brown University with a degree in applied mathematics. At Brown, he teamed up with researchers at Merck to analyze fMRI and DTI image time series. He won the Rohn Truell prize for best applied math thesis in his class. After college, Dan joined Teach For America and taught at one of the lowest performing middle schools in all of California. He was nominated for the LMU Outstanding Urban Teacher Award and the Sue Lehmann Award. Dan then worked at the MA Attorney General’s Office in the antitrust division. His data analytics helped provide the evidence to prevent a hospital merger that was predicted to cost MA taxpayers $26M a year. While working at the state Attorney General’s Office, Dan applied and got into Harvard Law School. However, he believed he would be able to have a larger positive impact by focusing on data analytics and decided to instead work as a litigation consultant with a focus on healthcare. The cases he analyzed included a multi-billion dollar pharmacy merger and an analysis of outpatient surgery center claims focused on overbilling representing Aetna, Cigna, BCBS, and United. Dan then worked as a Data Scientist at Alivia Technology where he used his expertise to analyze health care data, manage a team of analysts, train those without technical expertise to analyze data, help to build software to make the analysis of data easier, and sell/market software and the power of data analysis.