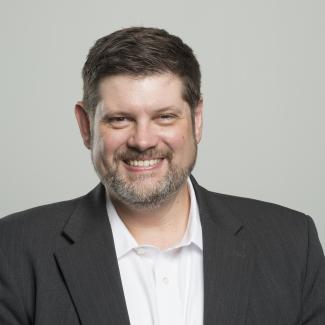 I caught the computing bug in 1977 when I saw my first TRS-80 Model I computer at a local Radio Shack.  I taught myself to program in BASIC on the back floor of that store as a kid and eventually was able to buy an Apple ][+ computer where I also learned 6502 Assembler.  I started learning other programming languages including Pascal on the local Indiana State University CYBER 171 mainframe computer and eventually took a FORTRAN IV programming course there.

I continued my love of computers throughout my K-12 education despite our local school system not having any formal computer classes available to students.  In college, I majored in Computer Science and eventually completed my Bachelor of Science degree, starting at Rose-Hulman Institute of Technology and eventually finishing at Indiana State University.

My first professional programming job was doing C programming on SunOS 4 (the BSD version of the operating system, not the later Solaris version).  I later was an IBM mainframe programmer in PL/I CICS and DB2. I then learned to be a C/C++ programmer on OS/2 2.0 and Windows 3.1 (the 16-bit version).

From there, I was a C++ programmer on HP/UX, AIX, Solaris and early versions (pre 1.0 kernel) of Linux doing cross-platform, cross RDBMS (MSSQL, Sybase, Oracle, DB2, Informix and Ingres) GUI development as part of a team that built a cross-platform 4GL.

Eventually, I moved into leadership roles and was leading the software engineering team at Software Artistry when we took the company public in 1995 and eventually sold it to IBM/Tivoli Systems in 1998.  I worked for IBM and led a global engineering team for three years and eventually stepped out, raised private money and started my own SaaS software company in late 2000, early 2001.

I ran that company for eight years and then sold it, joining ExactTarget as an engineering leader who had one third of the technology team reporting into my organization.  After ExactTarget, I joined Teradata in a VP-level engineering role.  Later, I moved to NextGear Capital as their CTO within the Cox Automotive family of companies.  I left Cox to join Epsilon Automotive as their CTO with a global organization of over 500 team members.  Currently I run Common Services and am the Chief Enterprise Architect at Cummins, Inc.

I believe that to lead technology teams, it is critical that I keep my technical skills sharp.  Instead of doing this "on the company's dime" where I would be a part-time programmer and part-time leader, I use OpenSource projects as a way to scratch that itch.  I'm a big fan and ports maintainer on the OpenBSD (go Berkeley Software Distribution!) operating system that specializes in being the most secure platform it possibly can.

I am a lover of odd/old computer architectures (I own one PowerPC and two SPARC boxes and am building a replica PDP 11/70 from components in a kit right now) and am looking forward to seeing what changes RISC V brings to our industry as the first open source CPU architecture.

I feel that Information Security is the single most important aspect of computing in general and technology-enabled businesses specificially which is why I have enrolled in the MICS program at UC Berkeley.  I'm looking forward to getting started in the Fall!