When Niloufar Salehi was six years old, her brother swallowed a coin. Her dad wasn’t home. Her mom didn’t speak English. So, Salehi called 911. When the ambulance got there, she translated between the doctors and her mom, an intimidating and stressful task.

Her brother recovered, but that day stuck with Salehi. Years later, as the UC Berkeley human-computer interaction researcher questioned which artificial intelligence systems were good for the world, she immediately saw value in machine translation like Google Translate.

“It’s very personal for me,” said Salehi, a School of Information assistant professor. “That’s one of the things that really motivates me.”

Machine translation tools open doors for immigrants and people living and working in places where they don’t speak the dominant language. But studies show the translation quality varies. In places like courts and hospitals, minor errors can cause major damage.

“Machine translation has advanced a lot in the past decade, and tools like Google Translate are being widely used,” said Salehi, who received the grant alongside two University of Maryland researchers. “People really don't know much about how reliable these tools are.”

They will develop an interpreter-like bot to translate text-based conversations and identify and provide guidance when a miscommunication appears to be occurring. The project aims to establish groundbreaking computing methods, expand artificial intelligence research and provide a potentially life-saving tool to linguistically isolated people, doctors, judges, and others.

“This is a fairness issue, because these are people who may not have any other choice but to use machine translation to make important decisions in their daily lives,” said Carpuat in a Maryland news release. “Yet they don’t have any way to assess whether the translations are correct or the risks that errors might pose.”

NSF awarded the three-year grant to Salehi and her research partners as part of its Program on Fairness in Artificial Intelligence in Collaboration with Amazon.

A separate honor for Salehi

Salehi studies more than machine translation, and she’s getting noticed for that work as well.

She was accepted in March to the William T. Grant Scholars Program’s class of 2027. The program supports promising early-career researchers with five years of $350,000 total research funding and mentoring planning to expand researchers’ expertise.

Salehi will be using these funds to study the unintended impacts of school assignment algorithms and to redesign a school assignment policy in partnership with the San Francisco Unified School District. Only a month into the scholar program, she has already benefited from it.

“They’ve already invited me to one workshop that's specifically about how to work with policymakers, and they also called me and they said, ‘There’s this professor at MIT who we think you should talk to,’ and they offered to make the connection,” said Salehi.

“That’s one of the things that this grant is going to bring to that research that will be really valuable – the mentorship and the interdisciplinary support that they’re providing,” she said.

Originally published as I School Expert Wins Grant To Develop Language Translation Technology for High-Stakes Settings by Rachel Leven for the UC Berkeley Division of Computing, Data Science, and Society. Reprinted with permission. 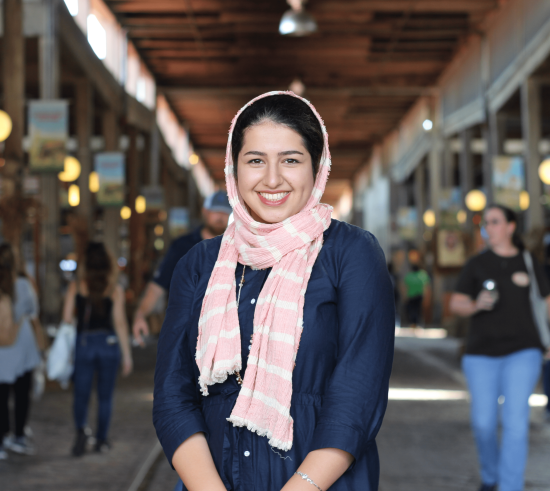