Tesla founder Elon Musk took over Twitter last month and installed himself as its chief executive officer. Then he laid off half the social media platform’s workforce. Amidst these changes, he’s discussed charging users $8 per month to be verified on the platform and putting Twitter behind a paywall.

This chaos affects the public. Twitter is a key platform for journalists’ news-gathering efforts and for U.S. politics. It has been used to amplify disinformation on everything from climate change to COVID-19. It played a role in the January 6 insurrection, when then-President Donald Trump’s followers stormed the U.S. Capitol. With Musk’s changes, election experts, international officials and others worried Twitter would be ineffective at moderating disinformation.

In this Q&A, we spoke to Alex Hanna, a lecturer at UC Berkeley’s School of Information and director of research at Distributed AI Research Institute. Hanna explained how social media impacts our democracy; how Twitter has affected past U.S. elections; and how Musk’s most recent changes to the platform could affect the flow of disinformation moving forward.

This article has been edited for length and clarity.

Q: What do we know about the power of social media in our democracy?

A: There’s a lot of different research that's been done by political scientists, sociologists and people who study political communication about what role social media has [in our democracy].

There’s research on voting information. One of the really old and controversial studies was done in 2012 by a team composed of people at Facebook. They had an experiment where they showed people different kinds of voting triggers. Some said something like, “Here are your friends who are.” Then they had another one, which didn’t show that at all. Then there’s one where it just reminded people that election day was tomorrow. They found there was a small but statistically significant effect that showing people information on the platform led to an increase in voting. They confirmed that by connecting that data to voter rolls.

Lots of people — especially in academia — started studying the dynamics of social media after Donald Trump was elected in 2016. People began paying attention to his Twitter feed, what kind of information was circulating around it, the responsibility of journalists to vet and publish particular types of information and the ways that social media could be used to depress turnout among certain people. For instance, there’s been reporting that certain kinds of actors have flooded social media posing as Black Lives Matter or left-leaning groups to try to depress turnout from particular groups by spreading this particular set of disinformation. So, there are a lot of things we know that happen on social media that impact democratic elections.

There’s a lot of work by two scholars who study this intensely — Shannon McGregor, who is a professor at the University of North Carolina, Chapel Hill, as well as Daniel Kreiss. Dean Freelon has published a lot on the impact on democracy, especially for African Americans. There are people in other countries that published on the impact in non-US elections.

Q: How did Twitter and social media impact the last election?

A: What we know about Twitter, social media and the U.S. election in 2020 is that these counter-narratives were mostly coming from the right on Twitter — from [then-President] Donald Trump, allied people like Marjorie Greene and some far-right people in state houses, as well as the U.S. Congress. There were certain kinds of ways in which they were casting the legitimacy of the election.

I am not going to say that social media or Twitter in particular, caused January 6, but it was certainly a vector to help spread certain kinds of information about January 6. Much of that information, after 2016, social media platforms started to be more watchful of, but they still couldn’t root out to their core. Many of these communities found alternative homes on Truth Social or Parlor or some other places—these sub-Reddits that were used for fomenting and perpetuating this misinformation when Twitter’s teams became more active in stopping those kinds of vectors of misinformation.

“There’s going to be a difference between what he’s going to say on the platform and what kind of changes are actually being made. He’s not an emperor.”
— Alex Hanna

Q: Were we already seeing efforts and impacts on social media aimed at impacting these midterm elections before Elon Musk took over Twitter? If so, how?

A: We’re already seeing the rise of individuals on social media who have been influenced by the narrative and are perpetuating the falsehood that Joe Biden didn’t win the 2020 election and that there’s widespread election fraud. Even if those [false tweets] have been reduced — I don’t know how much they have been reduced since 2016 or 2020 — I was a bit worried about the midterms. It’s worrisome that social media has been a vector through which those falsehoods have been perpetuated. It takes a pretty careful hand by social media companies to handle instances like this.

This leads into what is happening at social media companies. So, for instance, at Facebook, after 2016, they actually had a civic integrity team. They ended up disbanding it after 2020. That civic integrity team was really trying to focus on ensuring that there would be less misinformation and that Facebook did not operate as one of these places in which those kinds of falsehoods [about voting were] perpetuated. And so Facebook disbanding that was a bit alarming. And then Twitter – I know that there were similar efforts internally there, as well as at YouTube and Instagram.

Q: What do we know about who was recently laid off at Twitter?

A: It’s pretty chaotic right now. We don’t really know what’s happening in terms of content moderation on Twitter right now. We know that a lot of teams were let go at Twitter. The AI ethics team was let go. The team that was working on international human rights was let go. The disability engineering team was let go. Many of the teams that were really trying to ensure that certain kinds of marginal users were being heard, or at least considered, were let go.

Q: What kind of impact would we expect from those changes on the platform?

A: It’s not clear what the effect has been on their content moderation process. We’ve seen a large jump in the number of racial slurs, gender slurs and sexual orientation slurs happening on Twitter since Musk took over the platform. So we’ve already seen people testing that effect, possibly seeing if there was a way to overload the content moderators. But we really don’t know or haven’t had a lot of transparency on what has concretely changed with regards to content moderation.

We know because of research from people like Sarah T. Roberts and Robyn Caplan that the content moderation tends to be widely outsourced. It tends to go to subcontractors. So even if there’s not a lot of people internally at Twitter doing that moderation, there may still be a lot of teams that they’re contracting to manually review content. We just don’t know really what's happening with them right now. I imagine that many of those teams are just being overloaded – that they just don’t have the people power to maintain it.

Inevitably, they’re going to have a council that replicates the Facebook Oversight Board. The Facebook oversight board only handles very paradigmatic cases. They’ve only taken a handful of cases out of the thousands of decisions that are happening every day. Then he's going to change his mind after that. So how it's happening on the ground is not clear. But we have these public pronouncements of how it’s happening at the top, and it’s changing day by day as he realizes how hard this problem actually is.

Q: Since taking over Twitter, Musk tweeted then removed a conspiracy theory about an attack against Nancy Pelosi’s husband and endorsed electing a Republican Congress. What is the significance of having someone making those personal choices in charge?

A: There’s going to be a difference between what he’s going to say on the platform and what kind of changes are actually being made. He’s not an emperor. Even if he had absolute power over an organization like Twitter, it’s a large engineering organization. Any person on top has to find a way to implement different changes. Given that he fired half the company, the actual way that those changes get made is going to be even more complicated. Twitter’s a relatively small company if you compare it to Google and Facebook, for instance, but it’s still large enough that there’s all kinds of changes that can’t be made immediately. So you really have a difference between Musk the executive and Musk the [tweeter]. There’s a huge delta there.

There’s the exogenous effects of his [tweeting], too, which is the assurances that gives to investors and advertisers. We’re already seeing that many of the banks who guaranteed and lended him the money are expecting to hold that debt for quite a long time. They don’t really expect a quick turnaround. Many advertisers have already frozen their spending dollars. Advertising was already going through a downturn, and it is notable that many of the advertisers who have suspended their spending have been direct competitors to Tesla. But then once we see big brands – other tech brands, consumer brands – suddenly suspending their ad spending, then we’re going to see even less and less income coming from that. So that is having a huge effect on revenues, which is in turn going to have more changes and more effects on the internal composition of the organization.

A: It’s going to be a little bit worrisome to see where the platform goes, and how they treat conspiracy theories and kinds of information about voting and partisan media. Whatever happens, it’s not going to be an easy time.

Originally published on November 10, 2022 by the Division of Computing, Data Science, and Society.

How do we address social media’s role in harm and conflict? 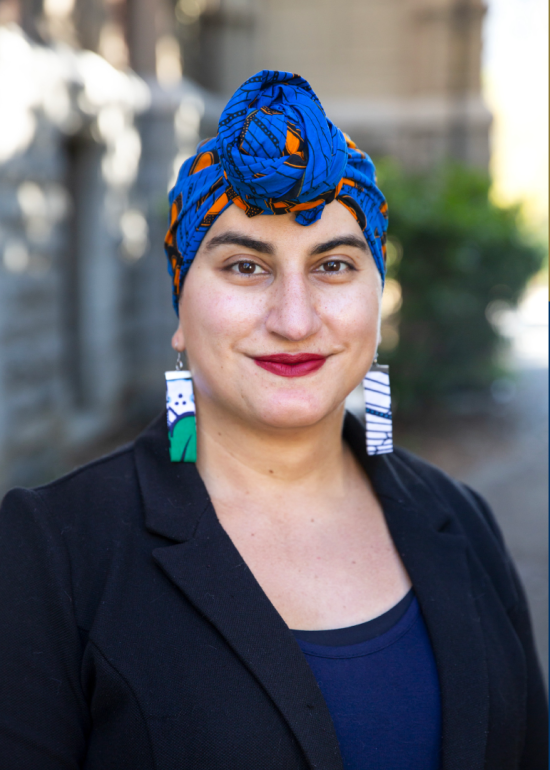