If HAL 9000 singing “Daisy Bell” while being deactivated in 2001: A Space Odyssey still gives you shivers, you might find “Listen To Your Body Choir,” winner of the AI Song Contest 2021, a little friendlier, even though it was composed using Artificial Intelligence (AI).

Jon Gillick is an I School doctoral student, and Matt Sims is a postdoc working with Professor David Bamman. Together, along with music producer Max Savage and singer-songwriter Brodie Jenkins, they make up the group M.O.G.I.I.7.E.D. — recently named the winner of the international AI Song Contest competition.

This was the second year of the contest, in which teams are asked to create a four-minute song using AI as some part of their songwriting process. Different teams used different approaches; while some were completely hands-off, letting the AI models generate songs completely on their own, many others used a more “collaborative” approach, using AI to generate melodic, harmonic, rhythmic, and lyric ideas that the humans then compiled into a song by hand.

Winners were announced in an online ceremony from Belgium on July 6, 2021, and were selected by a public vote and an expert panel of judges made up of AI researchers, composers, and musicians, including British singer, musician, and tech enthusiast Imogen Heap.

The M.O.G.I.I.7.E.D. team worked on the composition for six weeks, which they said was enough time to brainstorm, but not enough time to second-guess their choices. They settled on using “Daisy Bell,” written by Harry Dacre in 1892, as the input caitor “seed” for several AI models which generated a wide array of melodic and lyric ideas. (Daisy Bell was the first song sung by computer speech synthesis, in a famous demonstration by IBM in 1961, and became cemented in popular culture when sung by HAL 9000.) The team then built the song “Listen to Your Body Choir” using these snippets as raw material.

“In a sense, the act of writing the song became an extended exploration of how to curate a machine learning model’s often strange grasp of how pop lyrics work.”
— Matt Sims

“We started the lyrics generation using the chorus from ‘Daisy Bell’ as the seed for the model (specifically, a GPT-2 model fine-tuned on a large corpus of pop lyrics),” Sims said. “After that, though, the process became highly iterative and even morphed into a kind of open-ended collaboration with the model. From the initial generation from the ‘Daisy Bell’ chorus, we selected the lyrics we found most compelling and then fed them back into the model to generate more lyrics. We continued that back and forth for a few cycles until we ended up with a chorus and a few verses we thought fit well together.” Sims said, “In a sense, the act of writing the song became an extended exploration of how to curate a machine learning model’s often strange grasp of how pop lyrics work.”

For the melody, Gillick says he asked the AI system to continue the melody from “Daisy Bell”. The model kept starting with the same two notes, which wound up as the beginning for the verse and chorus of “Listen To Your Body Choir.”

The team took the approach of using AI as a partner of sorts; they tried to accept as much input from the AI as they could while still making a pop song they liked. They decided against setting the AI loose to churn out a song completely on its own because, Gillick said, “the contest was about seeing how AI can interact with or change our creative processes, and it takes engaging with it pretty seriously to get some insight into that.”

Gillick says he was surprised to learn (after the fact) that each of the team members viewed the role AI played in the songwriting process differently. “I’d been thinking of it as more of a tool, whereas other people saw it as a collaborator or even as an artist that we were the producers for.” He says he had trouble personifying the AI’s they were working with because they lacked the calm voice and slick exterior of AI products like Alexa or Siri. Instead, Gillick says, collaborating with AI in this context was like “working with an out-of-control band member who doesn’t listen to anyone and is constantly running around spewing out inappropriate stuff, but sometimes they have cool ideas that we can use.”

The I Schoolers say it would be fun to do more projects and collaborations like this, but they don’t have current plans to do so. Maybe in the future, but no promises, says Gillick — he’s trying to finish his dissertation.

And about that band name: M.O.G.I.I.7.E.D. doesn’t stand for anything in particular; the team trained an AI to generate band names and that’s what it came up with.

Assistant Professor David Bamman was honored for for his research designing computational methods for natural language processing for fiction. 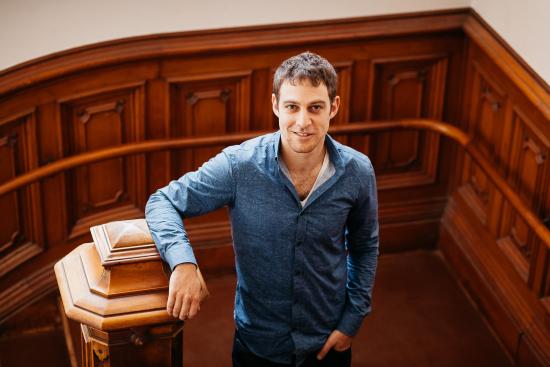 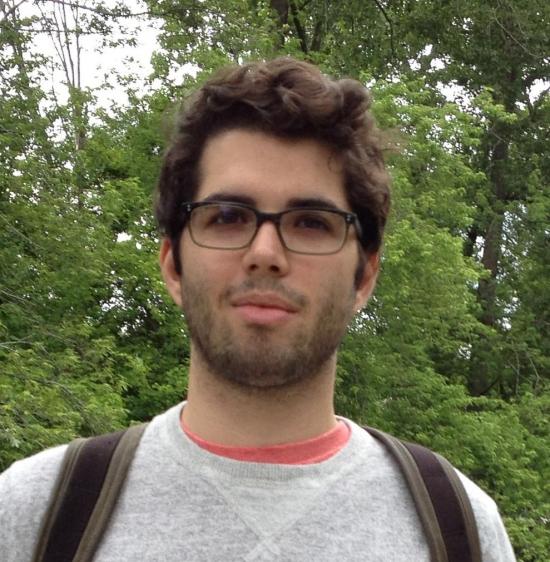