If “Move fast and break things” is the motto of a famous Silicon Valley tech company, then public interest technologists’ might be: “Think critically and consider others.”

This year CalNERDS, the D-Lab, and the Algorithmic Fairness and Opacity Group (AFOG) at the UC Berkeley School of Information have been building a new program to support UC Berkeley undergraduate students in doing just that. Powered by a grant from the New America Public Interest Technology University Network (PIT-UN), the program will cultivate a pipeline for undergraduate public interest technology scholars at UC Berkeley, the Fiat Justice Scholars, at UC Berkeley. CalNERDS director Diana Lizarraga with a student team led recruiting and selection of the CalNERDS scholars.

Postdoctoral scholar Jeremy Johnson, who studies how algorithms create the conditions for public discourse and facilitate or hamper social justice, is joining AFOG to assist with the program. Johnson completed his Ph.D. in Communication Arts & Sciences at the Pennsylvania State University, and says he considers himself a tech-focused person with a wide range of interests in algorithms, digital platforms, gaming, and social justice.

“What really interested me about this program,” Johnson said, “is that I study algorithms — and even though I don’t code — in my study of algorithms, I’m interested in the critical questions: what kinds of spaces? What kinds of communities? What kind of practices do our algorithmic systems build and how can we make those systems better?”

The program, which runs from late June to December of 2021, invites students to imagine themselves as public interest technology practitioners through events that connect them to scholars and practitioners in the field. Stay tuned for the announcement of the first twenty Fiat Justice Scholars later this month.

Professors Deirdre Mulligan and Jenna Burrell have been awarded a $180K grant from the New America Public Interest for Technology Network to cultivate a pipeline for public interest technology scholars at UC Berkeley.

Berkeley and 20 other universities are forming a new consortium, the Public Interest Technology University Network (PIT-UN), to support the development of new technologies, and to explore what policies and safeguards must be put into place to ensure that they will work for the benefit of society... 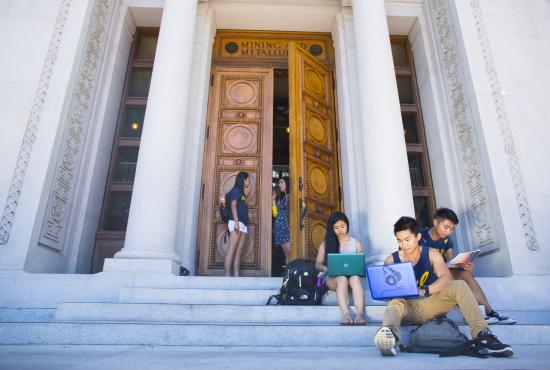