Can we thwart disinformation? Yes, scholars say — but it won’t be easy

Rising death tolls from COVID-19, a mob attack on the U.S. Capitol, efforts to ban teaching of critical race theory — all of these recent attacks on public health and political values have been driven, in part, by aggressive disinformation. But while the costs are clear, UC Berkeley scholars said yesterday that there are no easy answers, even as disinformation threatens democracy.

In the latest episode of Berkeley Conversations, an elite panel of scholars described a range of potential solutions, from measures to strengthen old-school local news media to government regulation of titans like Facebook and Twitter. But there’s a critical obstacle: Efforts to directly block disinformation could challenge core American values, such as free speech and freedom of the press...

“I don’t think it’s hyperbolic to say these are existential threats to our society and democracy,” said Hany Farid, associate dean and head of the School of Information. “I don’t know how we have a stable society if we can’t agree on basic facts, because everybody is being manipulated by attention-grabbing, dopamine-fueled algorithms that promote the dregs of the Internet, creating these bizarre, fact-free alternate realities...”

“The problem with disinformation on social media today is not primarily one of technology, but one of corporate responsibility,” Farid said. “We have been waiting for now several decades for the technology sector to find their moral compass, and they have not seemed to be able to do that. They continue to unleash technology that is harmful to individuals, to groups, to societies and to democracies.

“Left to their own devices,” he added, “that will continue.”

Berkeley Conversations is an online discussion series that convenes world-class scholars to discuss a range of critical issues at a moment of historic challenge and instability in the U.S. and worldwide.

Hany Farid: How Disinformation is Dividing the Nation

On Wednesday, June 24, 2020, Professor Hany Farid Testified on a remote congressional hearing entitled: “A Country in Crisis: How Disinformation Online is Dividing the Nation.”

In an annual tradition, linguist Geoff Nunberg announced his Word of the Year this week on Fresh Air on National Public Radio: ‘Disinformation’ 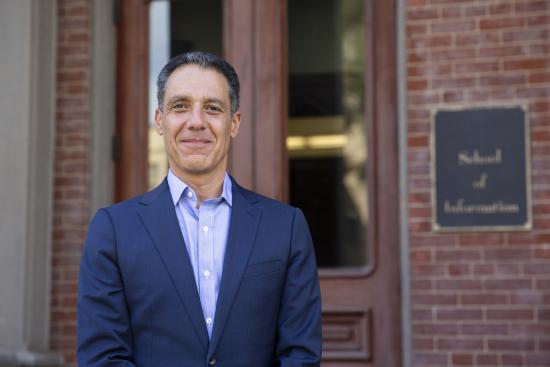