Hany Farid: Google Is Not Cracking Down on the Most Dangerous Drug in America

By Hany Farid and Mathea Falco

As the country grapples with the ongoing COVID-19 pandemic, more than two million Americans are still struggling with another life-threatening crisis: opioid abuse and addiction. While the opioid epidemic overall may be leveling off, health experts are sounding the alarm that the novel coronavirus may power the next wave of drug abuse. Their warnings may soon be realized if Google, one of the world's largest tech companies, fails to take action.

According to the Centers for Disease Control and Prevention, two-thirds of the nearly 47,000 opioid-related deaths in the U.S. in 2018 were caused by powerful synthetic opioids—primarily fentanyl and its analogs. Google is failing to obstruct the online purchase of pure fentanyl and fentanyl-laced drugs. Both can now be purchased with a simple search and a click of a mouse.

In 2009, Google acknowledged its role in distributing controlled substances when, before a landmark, half-billion-dollar settlement with the U.S. Department of Justice, it agreed to no longer accept paid advertisements for prescription drugs from pharmacies not authorized to sell those drugs in the United States.

Why, then, does Google continue to permit such ready access to fentanyl distribution sites in its search results?

To study the ease with which one could locate fentanyl for sale online using Google's search engine, we constructed a set of 29 straightforward search terms, such as "buy fentanyl online no prescription" and "where to buy fentanyl online for sale."

Once a week, we ran Google searches with these terms and retrieved the top 100 results (to ensure that the search results were not distorted by previous searches, no cookies or personally identifying information were transmitted with these searches). We then compared the contents of the retrieved sites to a database of distinguishing markers—133 text snippets and 66 images drawn from websites previously identified by law enforcement as illegally selling fentanyl online. Finally, we manually reviewed matches to ensure that these sites were clearly purporting to sell fentanyl or a product containing fentanyl.

Despite our relatively small group of search terms, we found it strikingly easy to surface websites trafficking in fentanyl and similar illegal and deadly drugs. Over a five-month period, we identified 70 unique sites with our Google searches. Google prominently displayed the fentanyl distributing websites.

The websites to which Google directed us had an average search rank of 11. This means that most of them were likely to appear either on the first or second page of search results. Many of these sites had blatantly obvious domain names, like fentanylworld.com. While some of these sites were eventually unreachable, many of them remained active for the entire five-month period of our study.

The fentanyl threat in America is too great to allow Google to continue to stand on the sidelines, denying its complicity in making fentanyl widely available through online sales.

From a practical, economic and moral perspective, Google simply cannot justify its facilitation of the sale of fentanyl in the United States. There are no significant technical or economic challenges that would prevent Google from blocking the surfacing of websites that are blatantly purporting to sell fentanyl. In fact, by using distinct markers from websites previously identified as having sold fentanyl, Google can nearly eliminate the likelihood of inadvertently blocking an innocuous website.

In the past, tech industry giants such as Google have argued that it is pointless to block certain websites because they simply emerge under slightly modified names—thus leading to an endless whack-a-mole problem. This problem, however, can be addressed by tracking distinct markers in the underlying web-page code, text and imagery associated with specific sites. Similar approaches have proven effective in blocking everything from child sexual abuse to terrorism-related material.

We would freely share with Google and others our underlying methodology so that the company can build similar systems.

The fentanyl threat in America is too great to allow Google to continue to stand on the sidelines, denying its complicity in making fentanyl widely available through online sales. Making it harder to locate websites known to be selling fentanyl online will save lives, even if it cannot stop all online sales.

Originally published as ‘Google Is Not Cracking Down on the Most Dangerous Drug in America’ by Newsweek on June 11, 2020. Reprinted with the author’s permission.

Dr. Hany Farid is a professor at the University of California, Berkeley, with a joint appointment in electrical engineering and computer sciences and the School of Information.

Mathea Falco is a leading expert in drug abuse prevention and treatment who served as the first U.S. assistant secretary of state for international narcotics and law enforcement affairs under President Jimmy Carter. Falco is the president of Drug Strategies, a non-profit research institute.

Despite growing sentiments that deepfakes are the “dog that never barked,” Hany Farid believes the worst is yet to come.

Opinion: Deepfakes Give New Meaning to the Concept of ‘Fake News,’ and They’re Here to Stay

Hany Farid authors op-ed calling for a move to from the Information Age to the Knowledge Age. 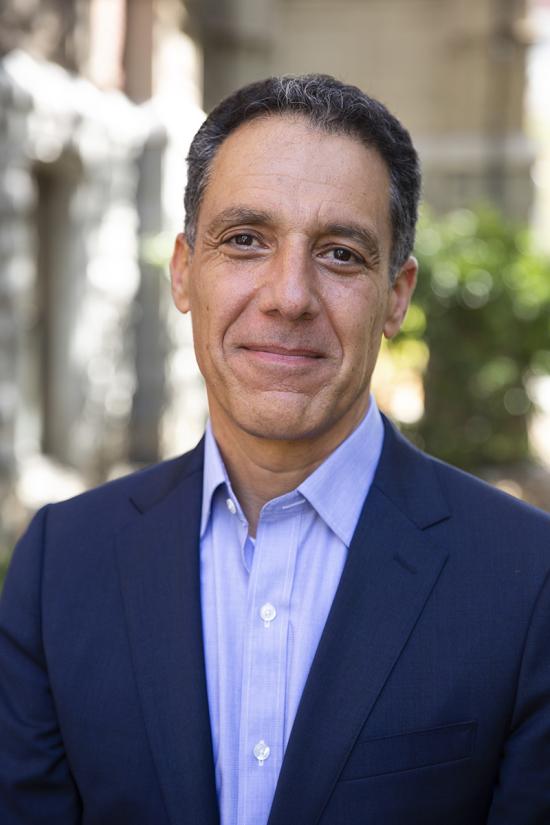