Akshay Punhani is a second-year Master of Information Management and Systems (MIMS) student at the School of Information who focused his education on two fields of study: data science and cybersecurity.

Before coming to Berkeley, Punhani was an associate at PwC. While there, he worked with the Indian government to improve the data security, privacy and governance of the country’s national identity program. Punhani says that the experience exposed him to “arguably the biggest information science project in the world’s largest democracy” and inspired his desire to pursue further education on how machine learning and data science can be effectively leveraged in cybersecurity.

In the summer of 2019, Punhani interned at Paypal. As a part of the company’s consumer risk team, he developed machine learning models that predicted fraudulent transactions from account takeovers through examining user profile and behavioral changes at funding and withdrawal checkpoints. Punhani said the project could “potentially save Paypal losses in millions in two-step authentication and password recovery.”

“This fellowship will guide me in my research and ultimately help me become an innovative cybersecurity leader, who not only gives back to the society but takes it along.”
— Akshay Punhani

Punhani is preparing to graduate in May and is currently working on his MIMS capstone project, a set of techniques to protect the privacy of autonomous vehicles users while still allowing the data collected to be useful to the public. The project is an accumulation of all of the knowledge and skills he’s acquired in the fields of cybersecurity, privacy and data science. He hopes to collaborate with professors at Berkeley, as well as industry specialists, to build a socially-responsible product that could be used by the industry for a bigger technology.

“This fellowship will guide me in my research,” Punhani said, “and ultimately help me become an innovative cybersecurity leader who not only gives back to the society but takes it along.”

J.M. Porup started the Master of Information and Cybersecurity (MICS) degree program in summer 2018, in the program’s first entering cohort, and completed the MICS degree in December 2019. Porup is a journalist with more than a decade’s worth of experience under his belt, published in popular publications such as Ars Technica, The Christian Science Monitor, and The Economist. With a MICS degree, he hopes to pair his strong writing background with a robust technical foundation in order to continue to build on his work as a cybersecurity reporter.

“Cybersecurity is the central political question of our times, but the technology has advanced faster than the general public’s ability to understand...”
— J.M. Porup

“Cybersecurity is the central political question of our times,” said Porup, “but the technology has advanced faster than the general public’s ability to understand the consequences of the world we are building.” Because of this disconnect, he believes that journalists with cybersecurity backgrounds play a critical role in explaining these convoluted issues to the public.

“This is what I do as a cybersecurity reporter — I’m a translator, a bridge between the technical and policy worlds,” Porup stated.

In 2017, Porup was a part of the Berkman Klein Assembly cybersecurity incubator at the Berkman Klein Center for Internet & Society at Harvard University. In 2018, he served as a mentor for the same incubator. Most recently, he received the RSA Security Scholarship and represented Berkeley and MICS at the 2019 RSA Conference. As a journalist, Porup runs newsroom security workshops and training sessions and speaks at conferences about journalist security in today’s political context.

Porup says that the Smith Fellowship helped him accomplish his goals as a MICS student: “I want my cybersecurity coverage to stand on an unimpeachable technical foundation, and I want to develop and deploy better security tools for journalists and news organizations.”

Regarding the Smith Fellowship

Both awardees expressed gratitude for receiving the Smith Fellowship. “I’m grateful for the opportunity to study for a MICS degree at Berkeley and also grateful that the awards committee chose to award me this fellowship,” said Porup.

“This scholarship provides me with the opportunity to continue my research in privacy and machine learning without any financial and resource constraints. I am deeply grateful to the Curtis B. Smith Fellowship for helping me to contribute my bit to the world of security and privacy,” shared Punhani.

The Curtis B. Smith Fellowship supports high-achieving I School students who have an interest in the field of cybersecurity or a research focus on cybersecurity. 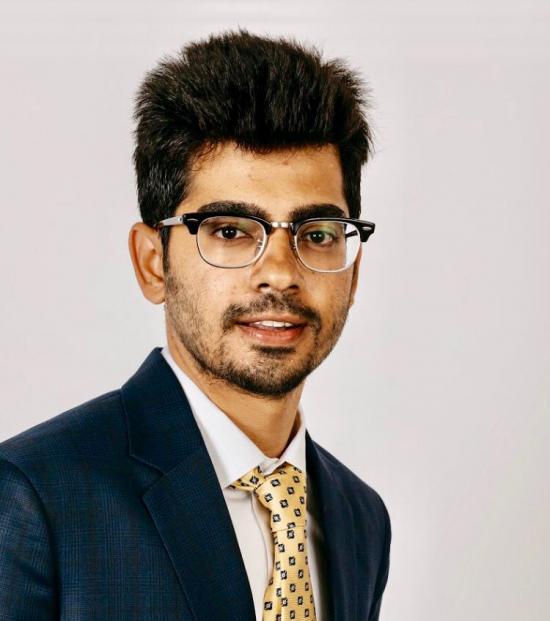