Isha Dandavate (MIMS ’14) never thought of herself as particularly technically proficient. As an undergraduate, she double majored in international relations and journalism, and she wasn’t a child who dreamed of someday becoming an engineer or a computer scientist. Today she’s a senior user experience researcher at Google: “I never considered myself technically savvy.... MIMS made that accessible.”

When the MIMS Alumni Mentorship program launched last winter, Isha signed up to be among the first cohort of mentors. “I got a lot out of the MIMS program,” she said. “I got an internship, which became my job, which became my career.”

“I met my husband, AJ Renold, in the program! I have so much to be grateful for.”

Giving back was a no-brainer. Covid had just upended life, and she knew that would make it difficult for students to see a clear path ahead. So she signed up to help, hoping she might make a difference.

One of Dandavate’s mentees Carissa Yao (MIMS ’21) reports that she has indeed made an impact. Dandavate tracked the progress of her internship, checked in with questions and suggestions, and offered to connect her with jobs abroad. “Throughout this challenging time, Isha has been very supportive and understanding regarding my career progress and life outside of grad school,” Yao said.  And while they’ve yet to meet in person, she imagines that they’ll continue their relationship. When she’s settled in her career, Yao plans to participate in the program as a mentor, too.

The I School now has three Alumni Mentorship Programs: for MIMS, 5th Year MIDS, and traditional MIDS, and a program for cybersecurity (MICS) is launching now. The program is designed to allow current students a chance to informally connect with alumni who are able to offer academic and career advice.

While the MIMS Alumni Mentorship program was getting off the ground in the middle of a pandemic, the Master of Information and Data Science (MIDS) Alumni Mentorship program was in its third year. “We’ve had 252 mentees since Fall 2018,” said student services advisor Inessa Lee, who coordinates the program. Lee explained that the program came to fruition because of feedback from MIDS students: “They felt that they’d have an easier time in the program if they had another student or an alumni mentor — particularly if the mentor had a similar background or life experience.”

Students opt-in to the program, and when they apply for a mentor, they describe the kind of community they seek in a mentor — for example, women in STEM, underrepresented minority students, student veterans, student parents, or mature students. “I can’t always match them with exactly what they ask for, but I try,” Lee said.

Lisa Minas (MIDS ’17) is a senior data and applied scientist at Microsoft who used the MIDS program to propel her career forward. “The connections I made helped me with job decisions,” Minas said. “I wanted to give back to the program, so I signed up to be a mentor.”

Minas has embraced the program, bringing in friends and colleagues to speak with her mentees and offer career advice. 5th Year MIDS mentee Emma Russon said that Minas was a constant source of encouragement and support. “She has helped me in so many ways... with applications, navigating interviews, and exploring various career paths. She’s inspired me to pay it forward and stay committed to the effort of supporting fellow classmates and colleagues.”

Alumni mentors are able to offer mentees a curated experience; they know the ins and outs of the program, and they’re able to give insights and offer meaningful feedback about the academic experience, as well as advice concerning career opportunities and goals. For students who aren’t as practiced at advocating for themselves, a mentor just might be one of the keys to success in their program.  “I go into the mentor relationship expecting that my mentees want help, but they don’t know the questions to ask,” Minas said.

5th Year MIDS student Alex Kim landed his dream job at the Federal Reserve in the middle of the pandemic. He credits the program and his mentor, Minas, with his success. The mentorship program exceeded his expectations: Minas organized monthly meetings to check on the job application process, organized an interview prep session, and held professional panels with Q&A sessions to connect mentees with opportunities.

“I became a mentor because I wanted to give back the kindness and mentoring I received from the strong, diverse, and well-connected MIDS community.”
— Sahab Aslam

Sahab Aslam (MIDS ’17) has been an alumni mentor since the beginning of the program. “When I was in MIDS, there wasn’t an official mentorship program,” said Aslam, who is currently an Associate Director of Data Science Capabilities at Merck. “When I started my data science career I relied on my MIDS network for guidance on specific issues. I became a mentor because I wanted to give back the kindness and mentoring I received from the strong, diverse, and well-connected MIDS community.”

Not only are I School scholars a smart and creative group, they’re also a supportive community that gives back long after the commencement of their degree program. 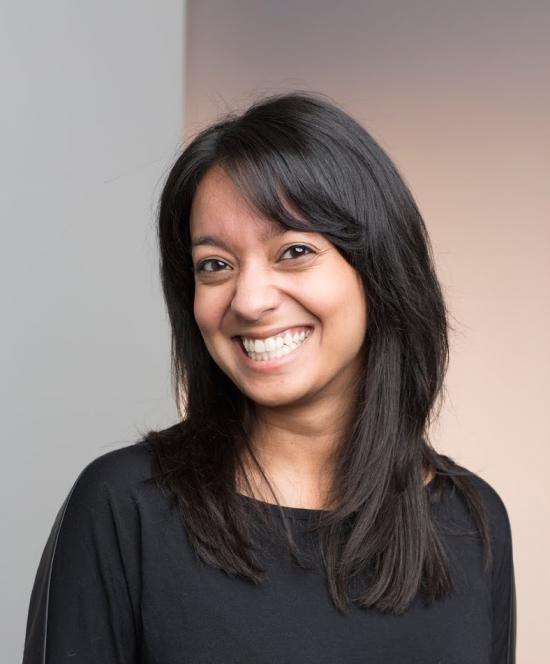 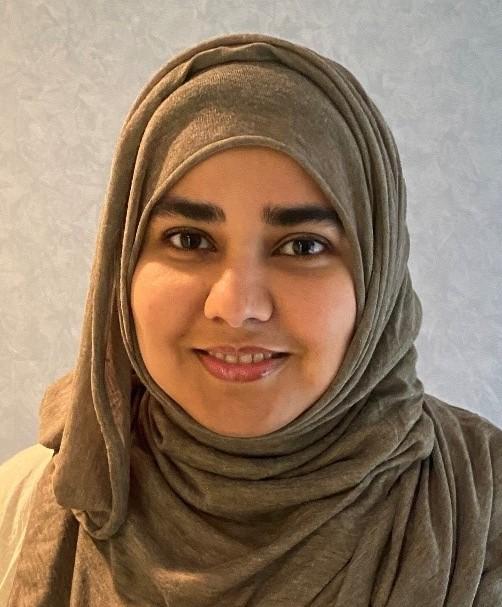